This image shows the first diesel-powered trans-Atlantic passenger ship, the M. S. Gripsholm, which travelled between Gothenburg and New York City between 1924 and the 1960s. 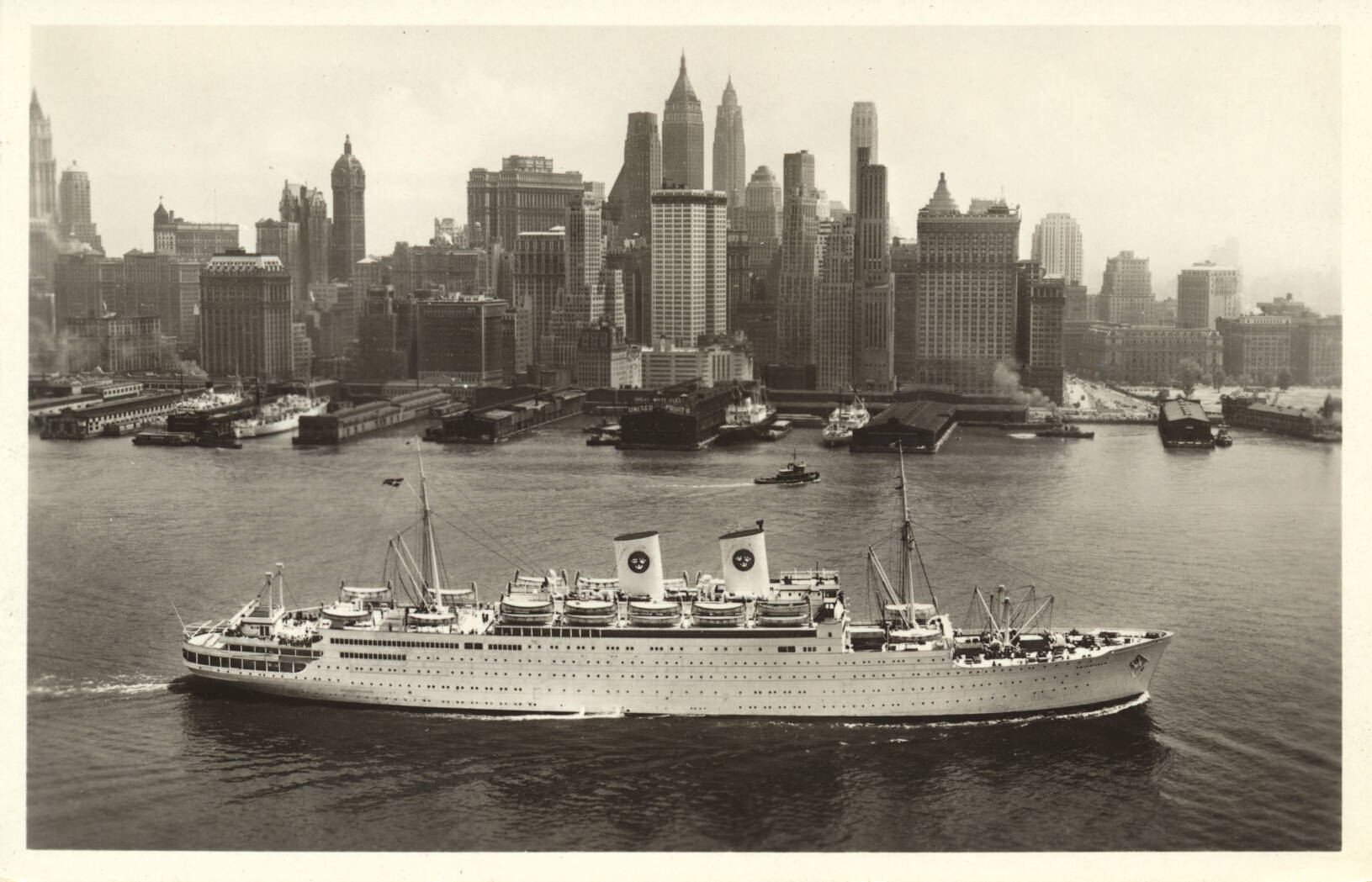 –It was one of two ships of the same name which were owned by the Swedish-American Line. This one was used to transport expatriates back after World War 2 and to repatriate European prisoners from camps in the United States.

This card was used and is dated 5 June 1953, one year before the Gripsholm was sold off and renamed the M.S. Berlin.