This image shows the American Falls section of Niagara Falls complex, as viewed from Goat Island, which divides the falls into its two largest sections. 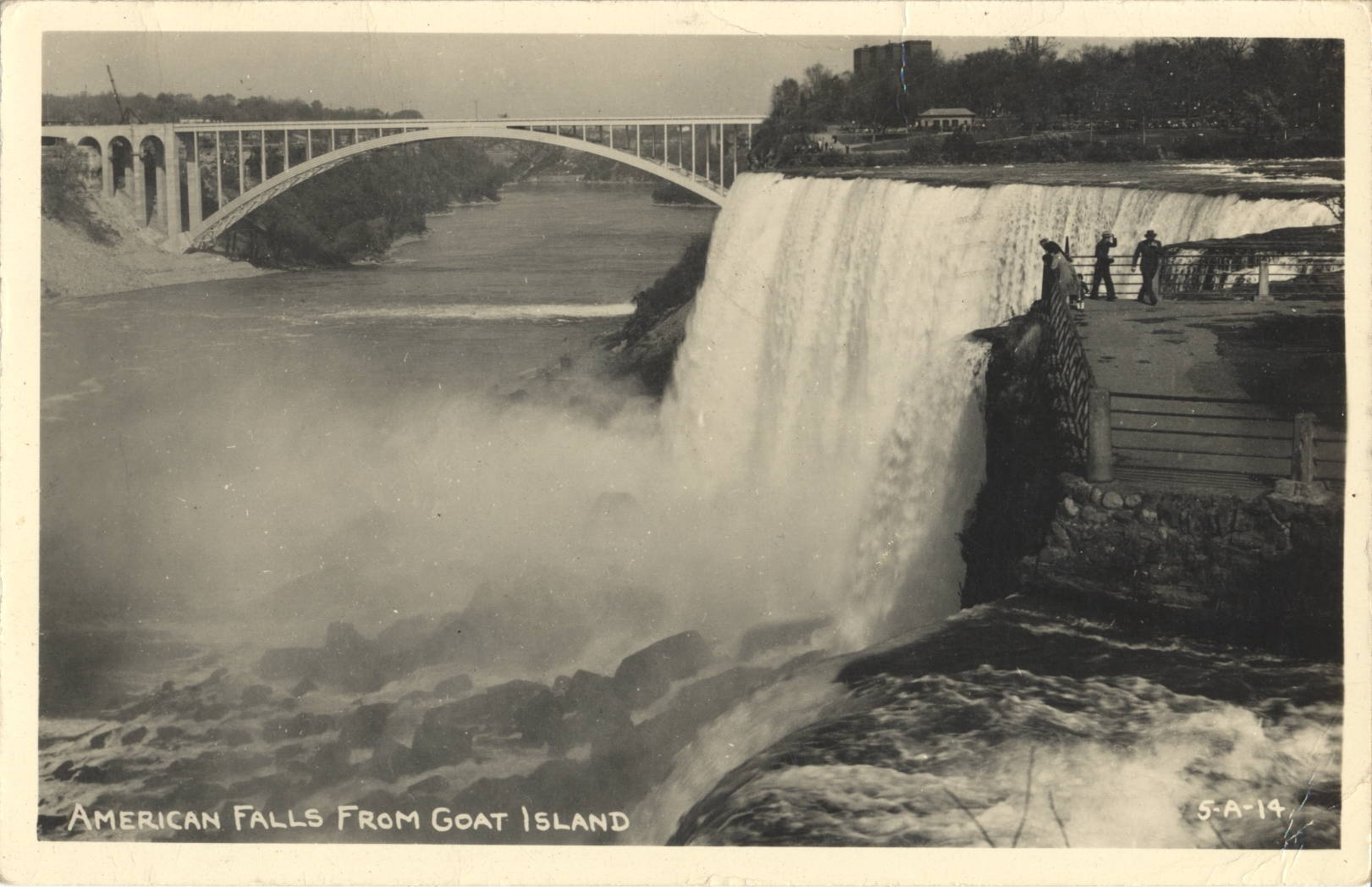 The small portion of falls in the immediate foreground is part of the area reclaimed by the Corps of Engineers, blocking the water flow at this point.

In the background is the Rainbow Bridge, connecting the United States and Canada, which was built in 1941. This postcard was used, and is dated 14 August 1947.