This image is an illustration of the Horseshoe Falls section of Niagara Falls, which is predominantly in Canada in this illustration. The extreme left side of the falls is in the United States. 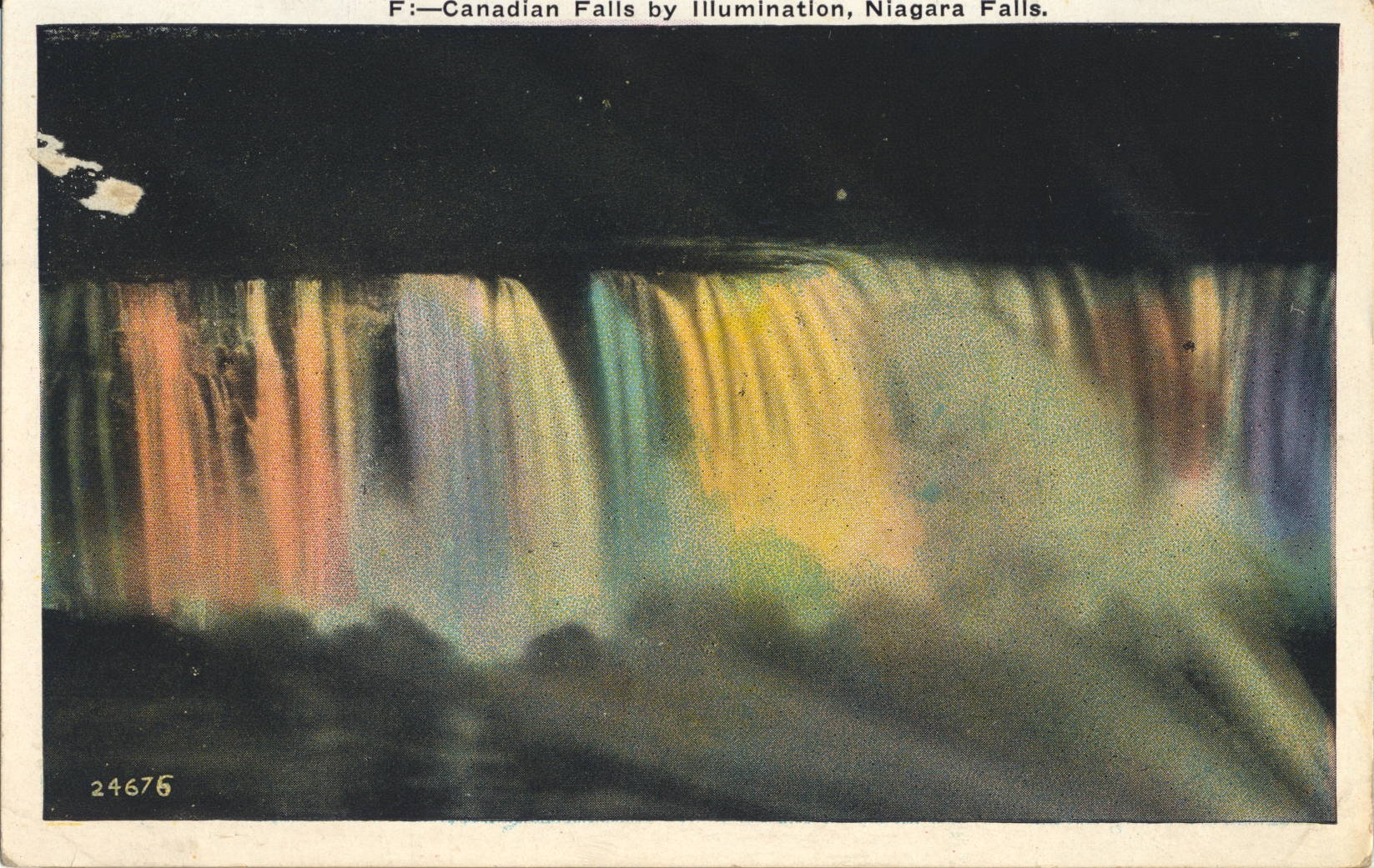 –Between 1955 and the mid-1980s, the extreme left side of Horseshoe Falls, which flowed around Terrapin Rocks, was blocked by an extension of land from Goat Island, creating Terrapin Point, Further reinforcement of the point and diversions blocked all of the Horseshoe Falls section in the United States, and about 100 meters of falls in Canada. Thus, the section that is colored orange at the left is no longer active.