This is the second of two very similar images, both featuring illuminated views of the so-called “Rock of Ages” in the left foreground, and the Cave of the Winds, behind the falls in the background. 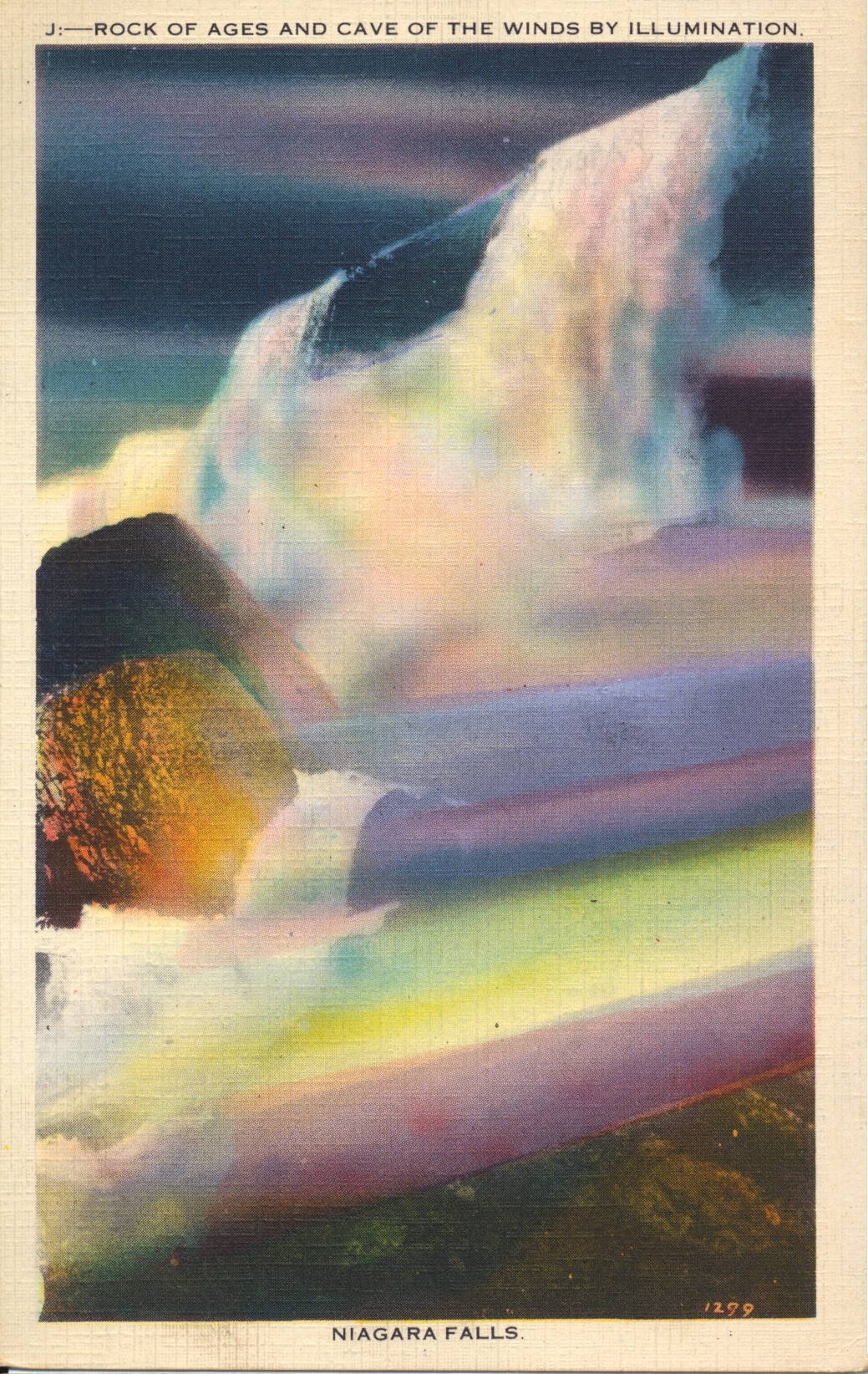 –This image has more attention paid to the items in the foreground, showing more detail of the Rock of Ages while nearly omitting the wooden walkway in the background. This image shows the nearly identical viewpoint without color or artistic impression.