This is the first of two very similar but distinct images of the Rock of Ages and Cave of the Winds complex of Niagara Falls as they appear when illuminated with colored lights. 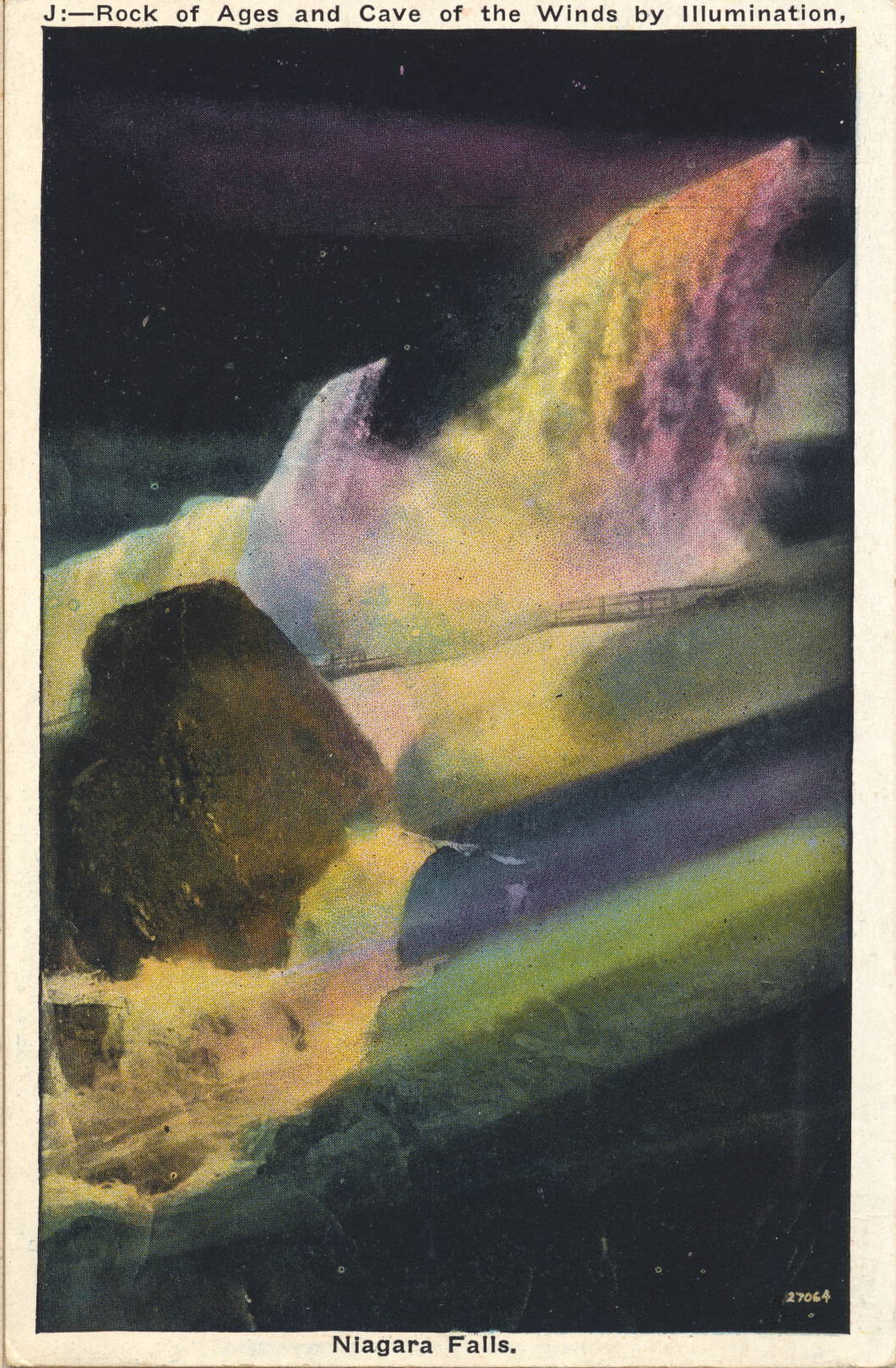 –This version of the image appears to be the older of the two, primarily based on the quality of the production. It also focuses more on the background detail, highlighting the walkway that existed near the base of the falls.