This image shows a covered bowl with a carousel decoration on the sides and lid. 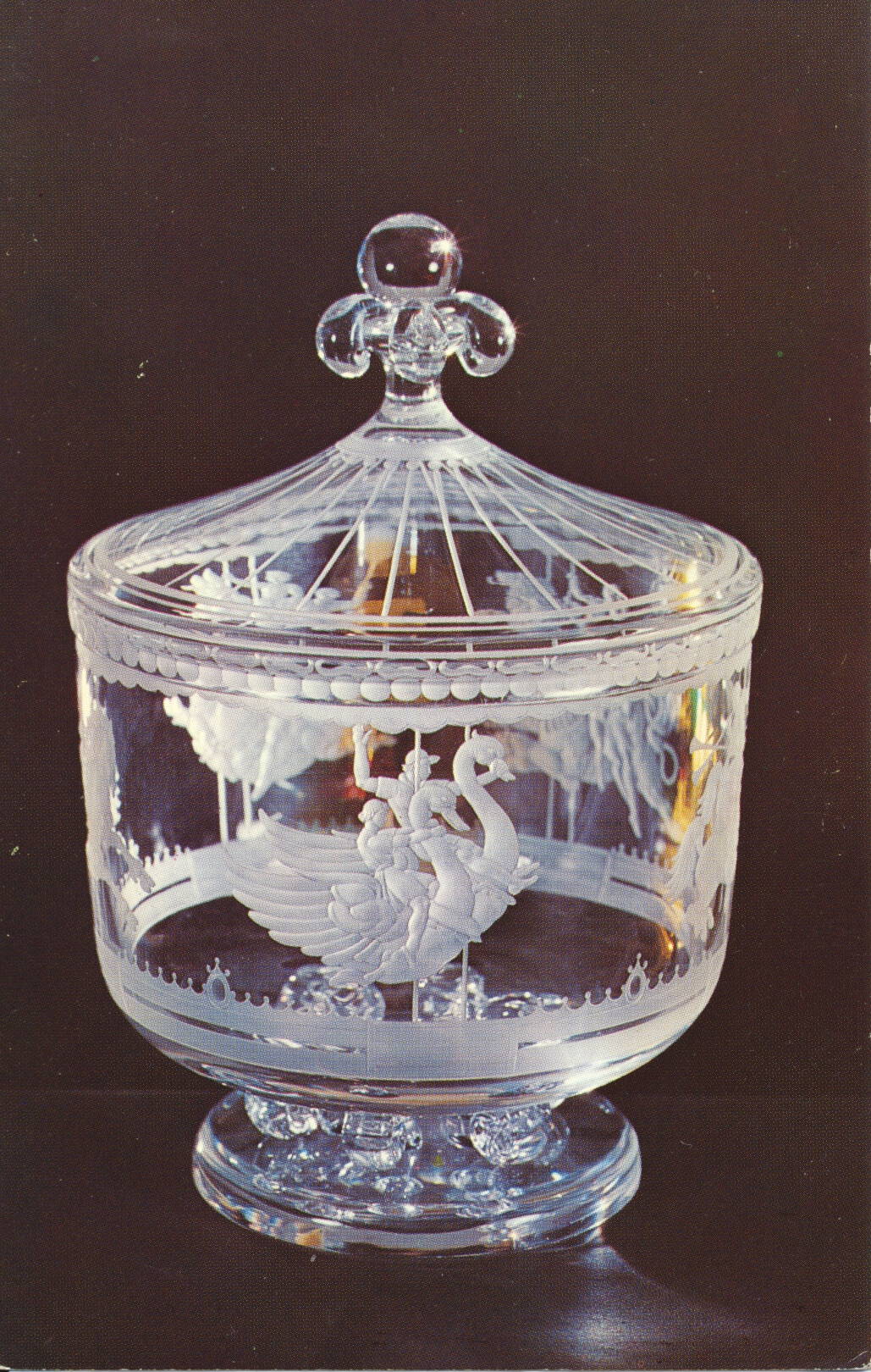 Presented to Her Majesty Queen Elizabeth II by the President of the United States and Mrs. Truman on the occasion of her marriage in 1947. The piece is elaborately engraved to depict a carousel in motion.

–There is a small error in the description, as Elizabeth would not have been queen in 1947, since she did not assume the throne until after her father died in 1953. Thus, the gift would have been to Princess Elizabeth.