This image, taken from a low elevation, shows the main square of Piedras Negras, Mexico and large buildings on two sides of the square. 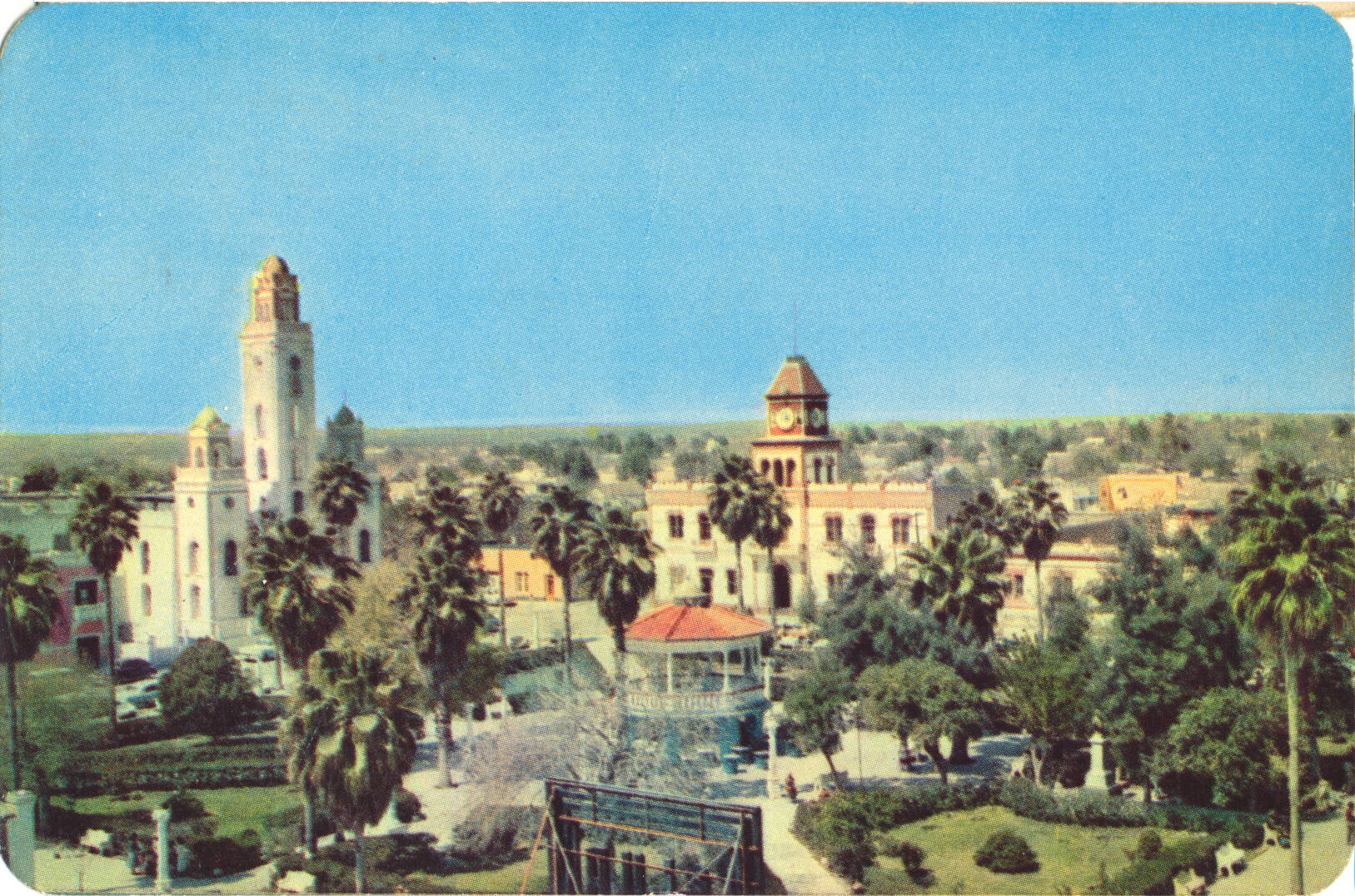 –The building identified as the Parish is better known as El Santuario de Nuestra Señora de Guadalupe, built in 1859. The Palace was likely the former government center, but there was a new government building erected in 1986.

This postcard was used and likely dates from the 1960s like the previous one.