This image shows the substantial establishment labelled the Mexicali Beer Garden. It was erected to increase interest in the recently established Mexicali Beer product, still sold today. The actual brewery was in Mexicali, but the Prohibition tourists from San Diego meant that their best selling opportunity was 112 miles closer to San Diego in the small town of Tijuana. 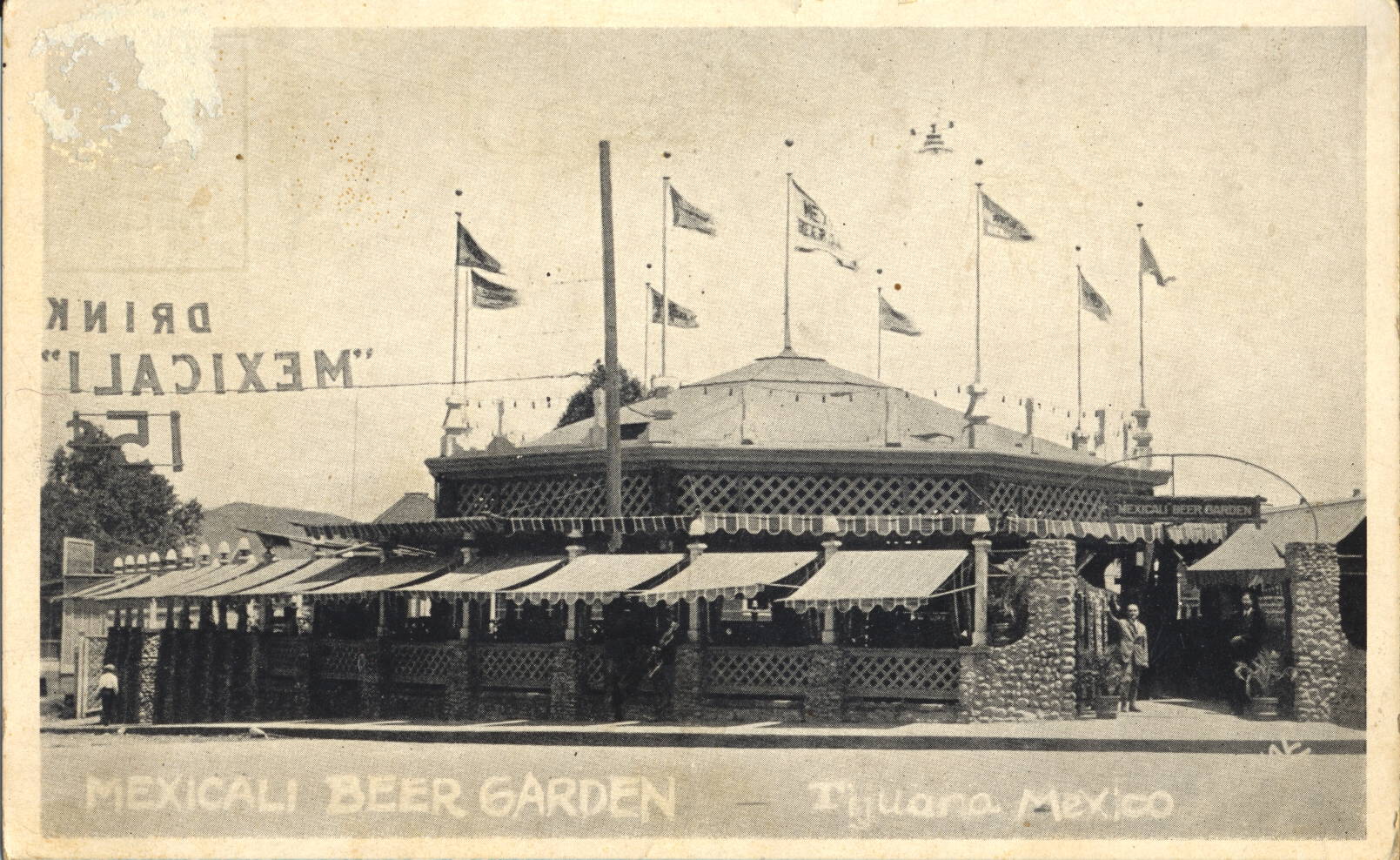 The only inscription on the back of this card is as follows:

Pub. by “The Big Curio Store.”

–The brewing company that produced this beer, and presumably also erected this retail establishment soon after, was founded in 1923, so this image likely dates from shortly after that time. Prohibition was in effect in the U.S. beginning in 1919, and many thousands of thirsty Americans were traveling the short distance from San Diego to Tijuana to drink legally.

The postcard was used, as can be seen by the imprint of the stamp cancellation in the upper left corner, but the stamp was removed long ago, obliterating the postmark, and the card is otherwise undated.