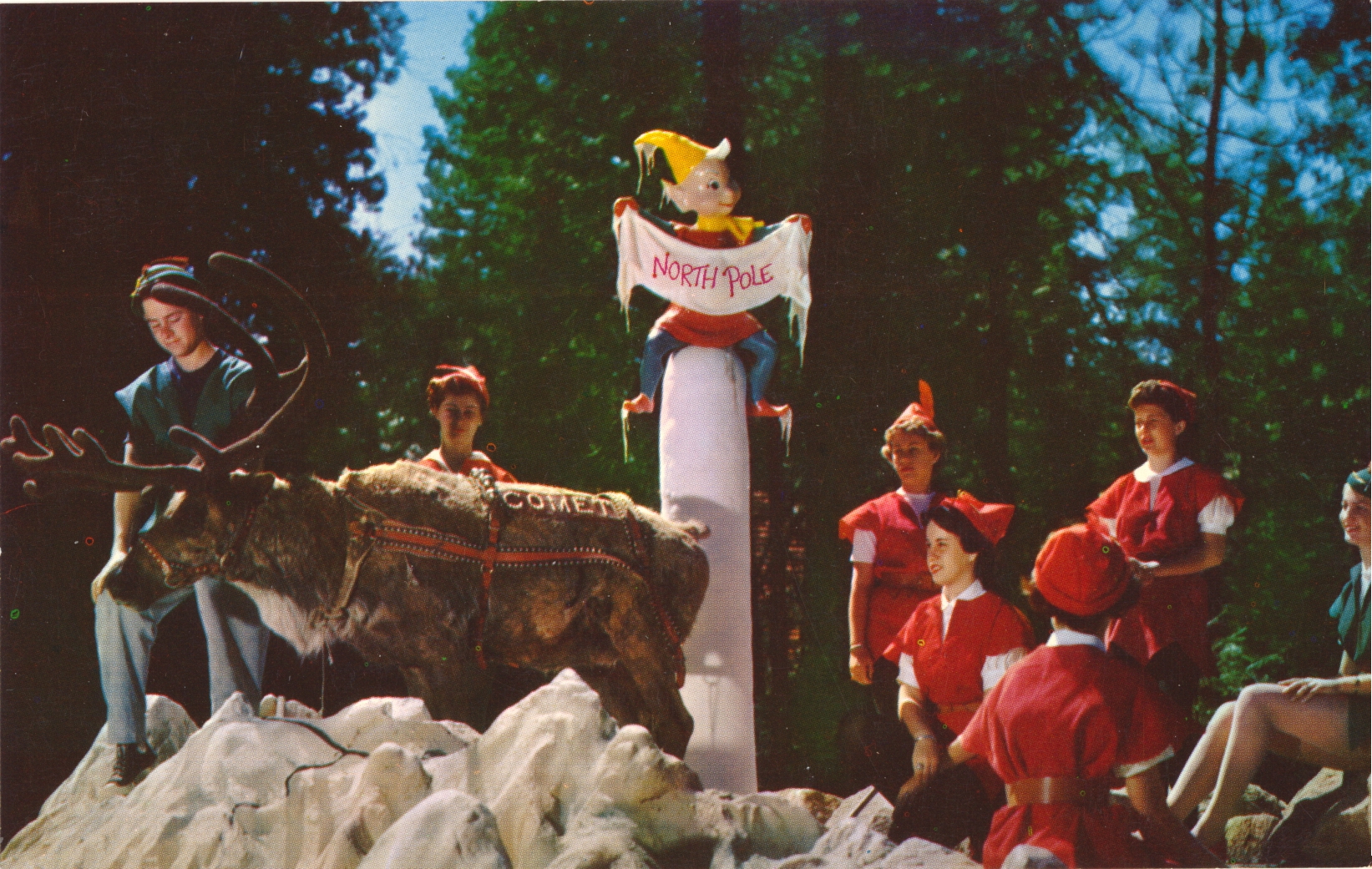 The ever-frozen North Pole, topped by its pixie, is a cool retreat for Santa’s friends and helpers.

–The reindeer visible in the image is labelled Comet, presumably to allow easier identification by visitors. The elven helpers would normally be young people from the nearby cities who would work during the summer and fall weekends.