This image shows the narrow gauge train used at Santa’s Village to transport visitors around the grounds. Santa is currently acting as engineer. 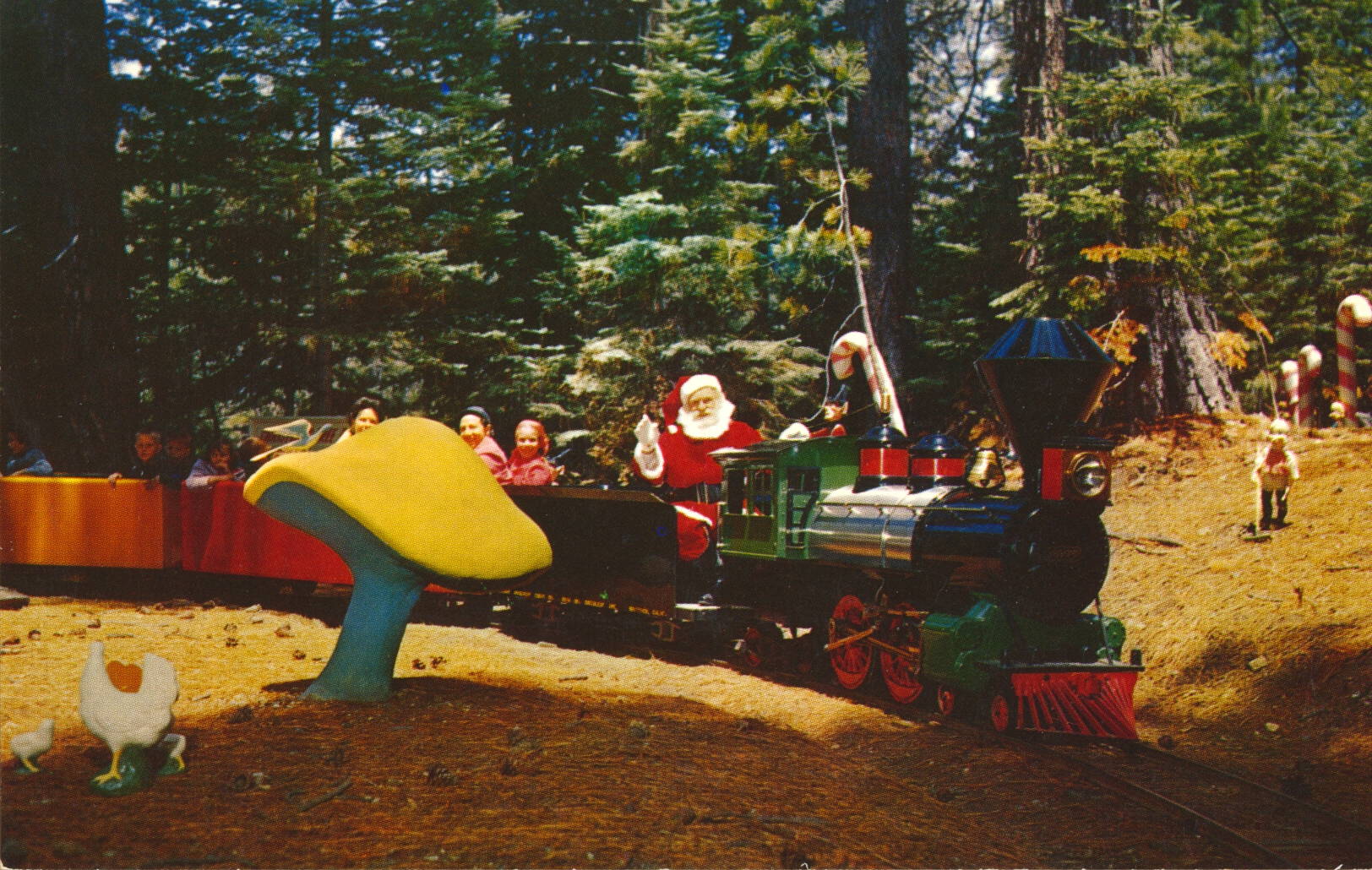 All aboard for Santa’s train, which makes an exciting trip through the Enchanted forest and Lollypop Land.

–The two sites mentioned were decorated features for the tourists to view as they rode along. Such narrow gauge engines, typically powered by diesel and not steam, were common in these small amusement parks.