This image shows the main entry gate to the amusement park called Santa’s Village. It was touted as being in Santa Cruz, but while it was in Santa Cruz County, it was several miles from the city of Santa Cruz, in the area known as Scott’s Valley. 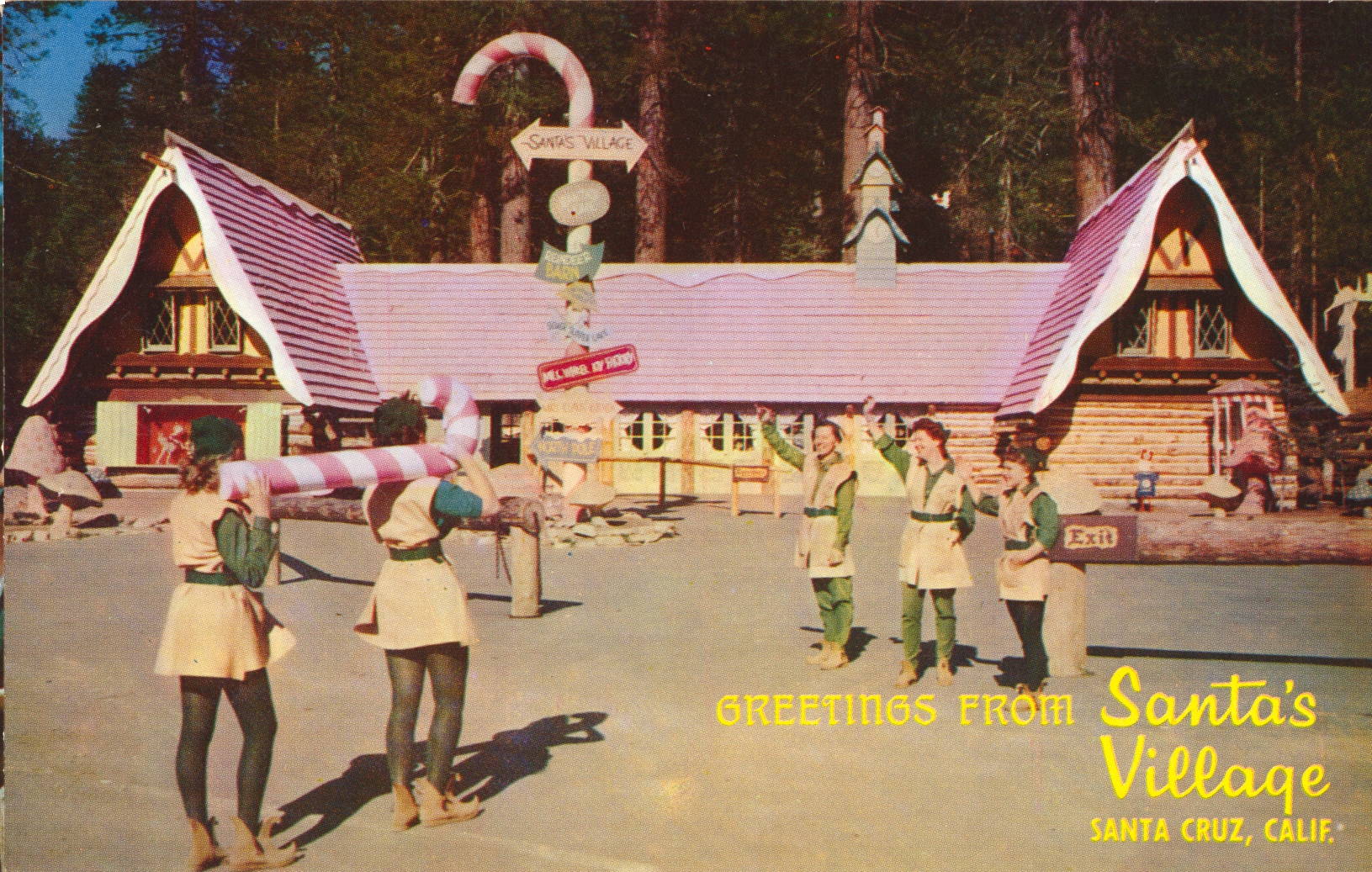 Welcome House is the entrance to a child’s paradise in a fairyland forest setting.

–Unlike most other amusement parks of the mid-20th Century, Santa’s Village was deliberately built in a mature forest, preserving the trees (some seen here) as an integral part of the park experience.

Santa’s Village opened in 1957, two years after the much more famous and popular Disneyland, and closed in 1979, the victim of the rapid expansion of amusement parks with expensive and high quality thrill rides.