This image shows the Soldiers Club which was part of the army base at Fort Ord, California north of the Monterey Peninsula. It was later renamed Stilwell Hall. 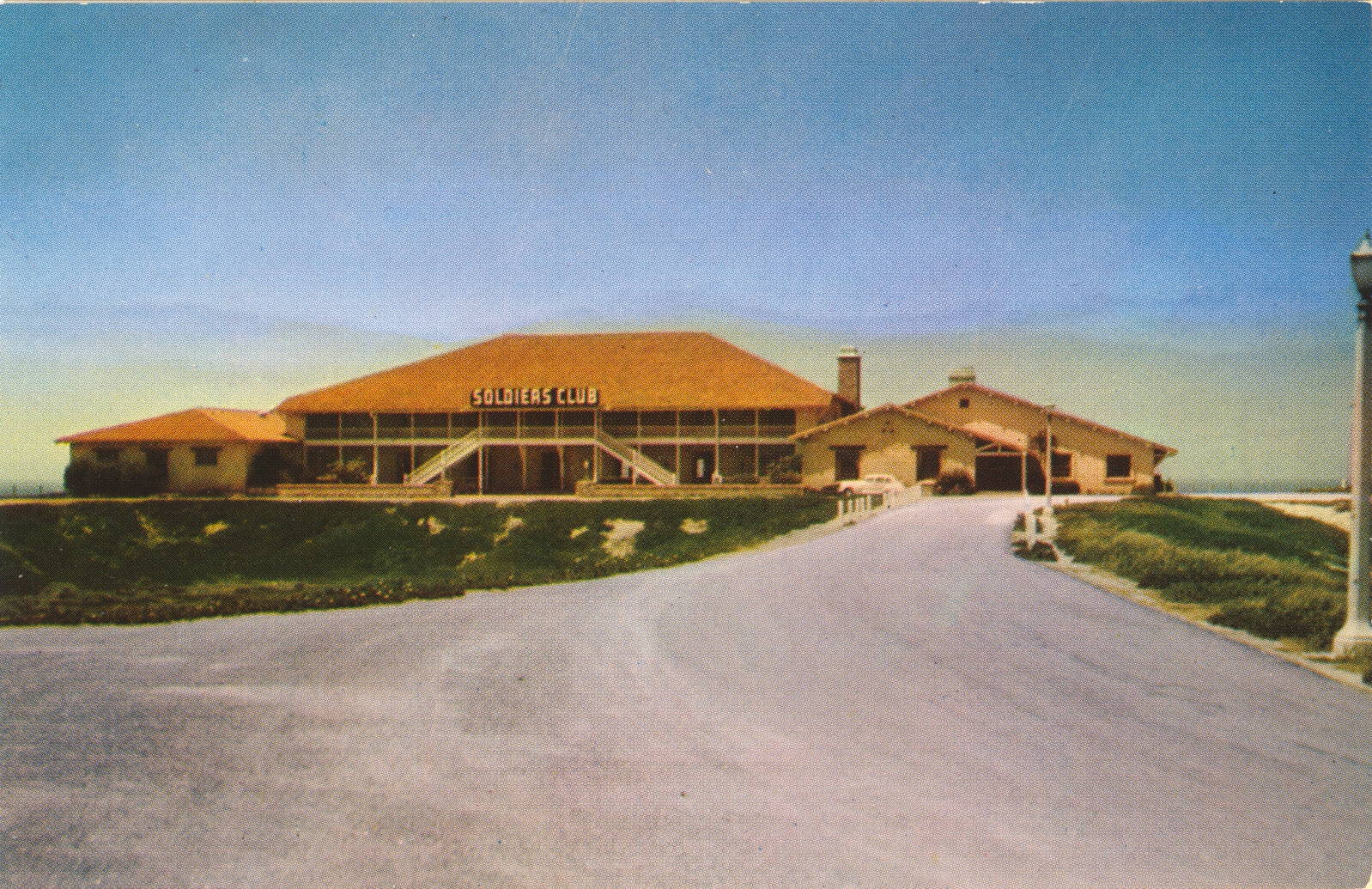 A spacious, hospitable home away from home for the enlisted man and his guests. Soldiers Club serves as a fitting memorial to General Stilwell and the men of his command responsible for its erection.

—The building was built directly on the cliffs overlooking Monterey Bay, and with years the cliffs eroded so far as to cause the south wing of the building to collapse in the 1990s. Erosion continued to threaten the structure and safety of the building, and it was demolished in 2001.