This image shows the natural formation that developed from erosion, creating the opening in the rock. It is the site of the  Navajo national capital, and is known in English as Window Rock. 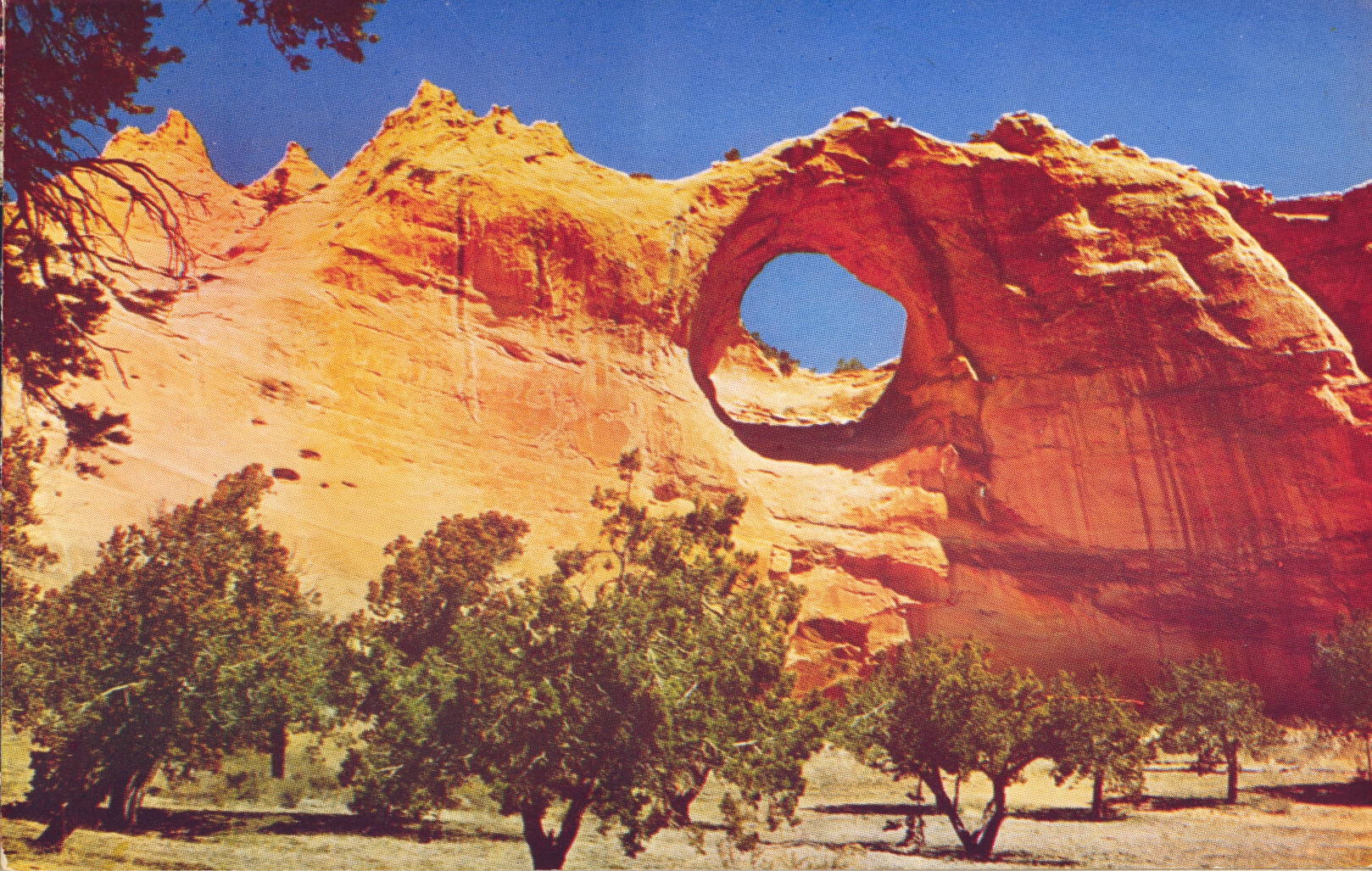 Below this window rock is the location of the Central Navajo indian Agency.

–Since the time of this photo the Agency has been rededicated as a national capitol. The rock is one of the four places nearby used in Navajo water ceremonies.