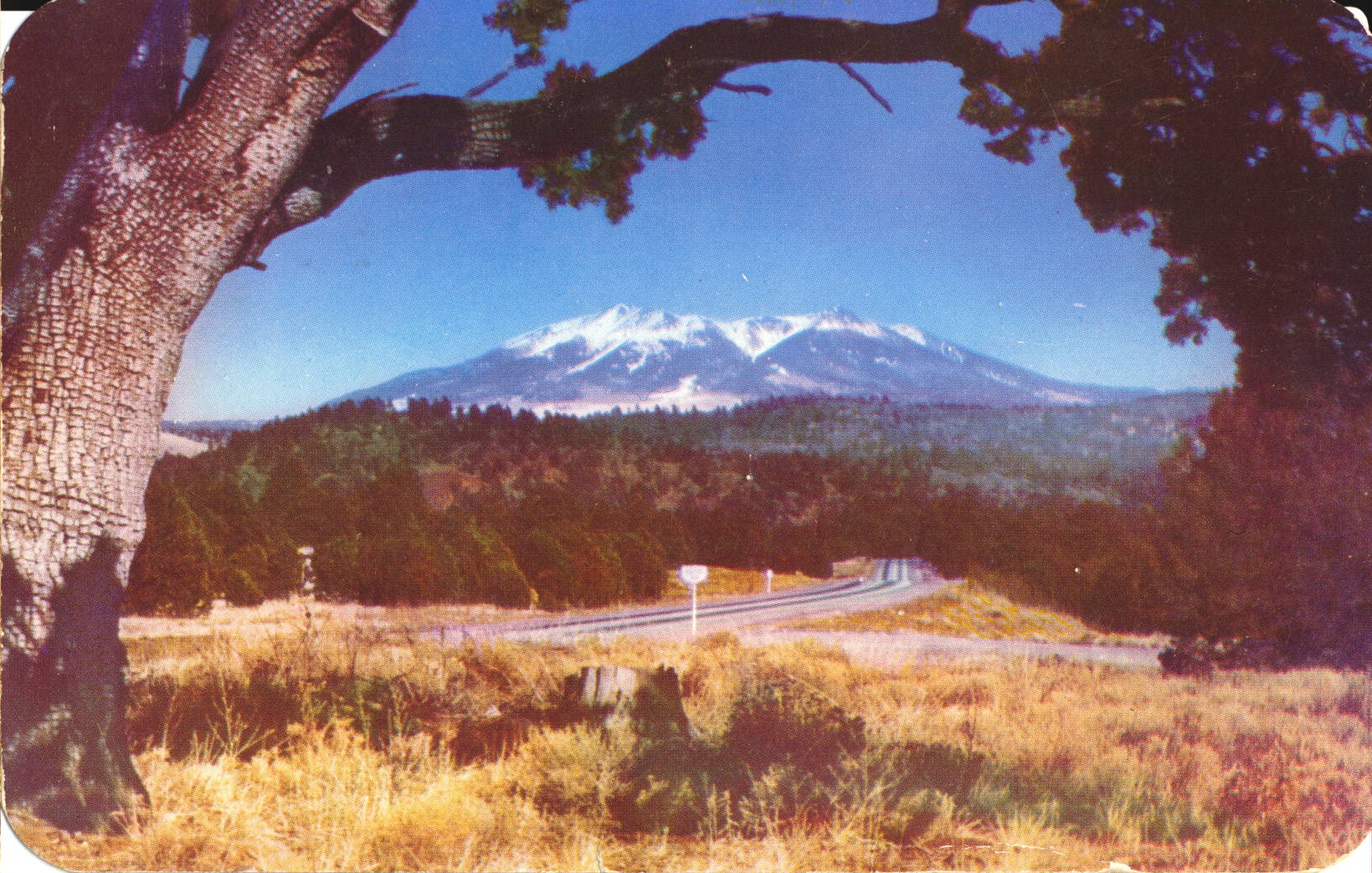 mythical home of the Kachina Gods, on Route 66 near Flagstaff, Arizona.