This image shows the near and far rim of the crater formed by a meteor impact, known as Meteor Crater now. 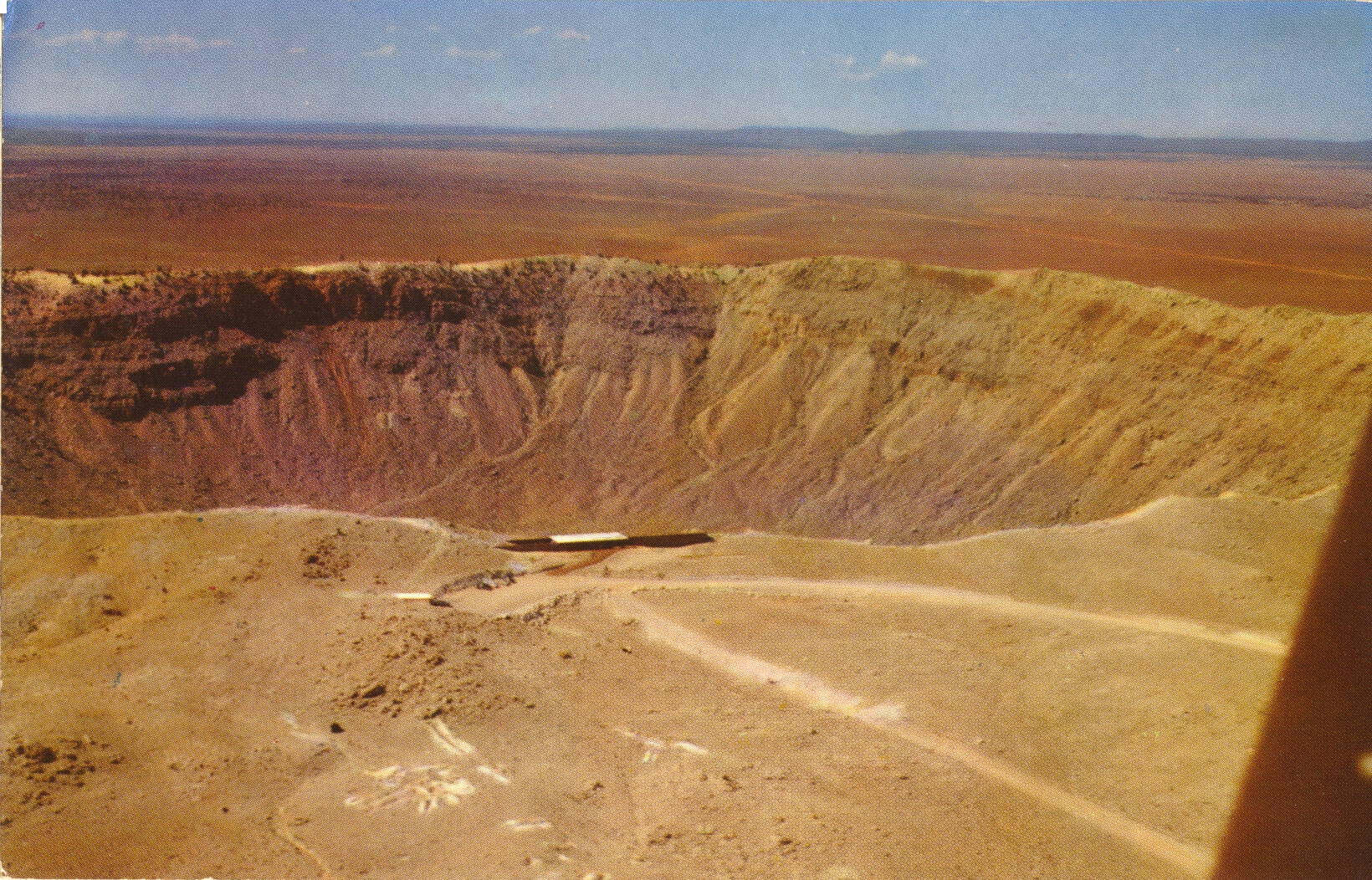 The description is fragmentary, but the best interpretation states:

In Norther Arizona, North of Route 66. Many centuries ago, millions of tons of metal struck from the sky at a speed between 8 and 48 miles per second to plow through fifteen hundred feet of solid rock and form an enormous crater which after centuries of erosion is still 570 feet deep and over 4000 feet across.

–Also visible in the foreground of the picture is a visitors center which provides views of the crater, an interpretive center and access to the bottom..