This image is a closer view of the Superstition Mountains framed at top by mesquite and elsewhere by ancient saguaro cacti. These cacti grow slowly, and their ‘arms’ develop individually, typically the first after as much as 75 years. 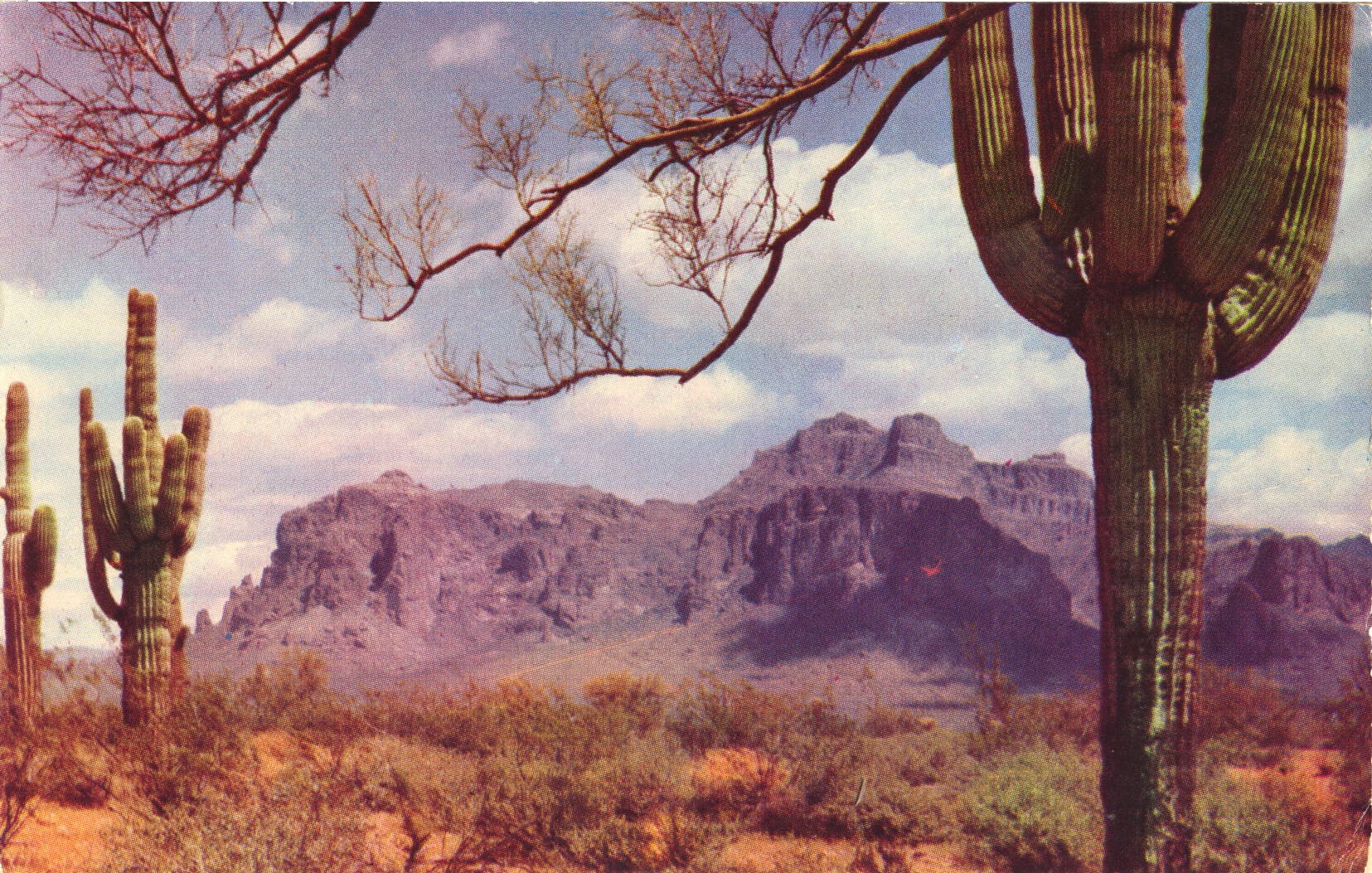 A lacy mesquite branch add to the farm formed by Saguaros with the rugged from of desert mountains on the horizon.Treasures have been found and lost in these mountains and many are the tales of adventure and sudden death in their stark canyons. Along the Apache Trail, Arizona.

–The description alludes to the legendary Lost Dutchman Mine and other stories of lost gold from the 19th century.