This image shows the legendary train operated by the Santa Fe, known as the Super Chief. The train was an all Pullman consist running from Los Angeles to Chicago. 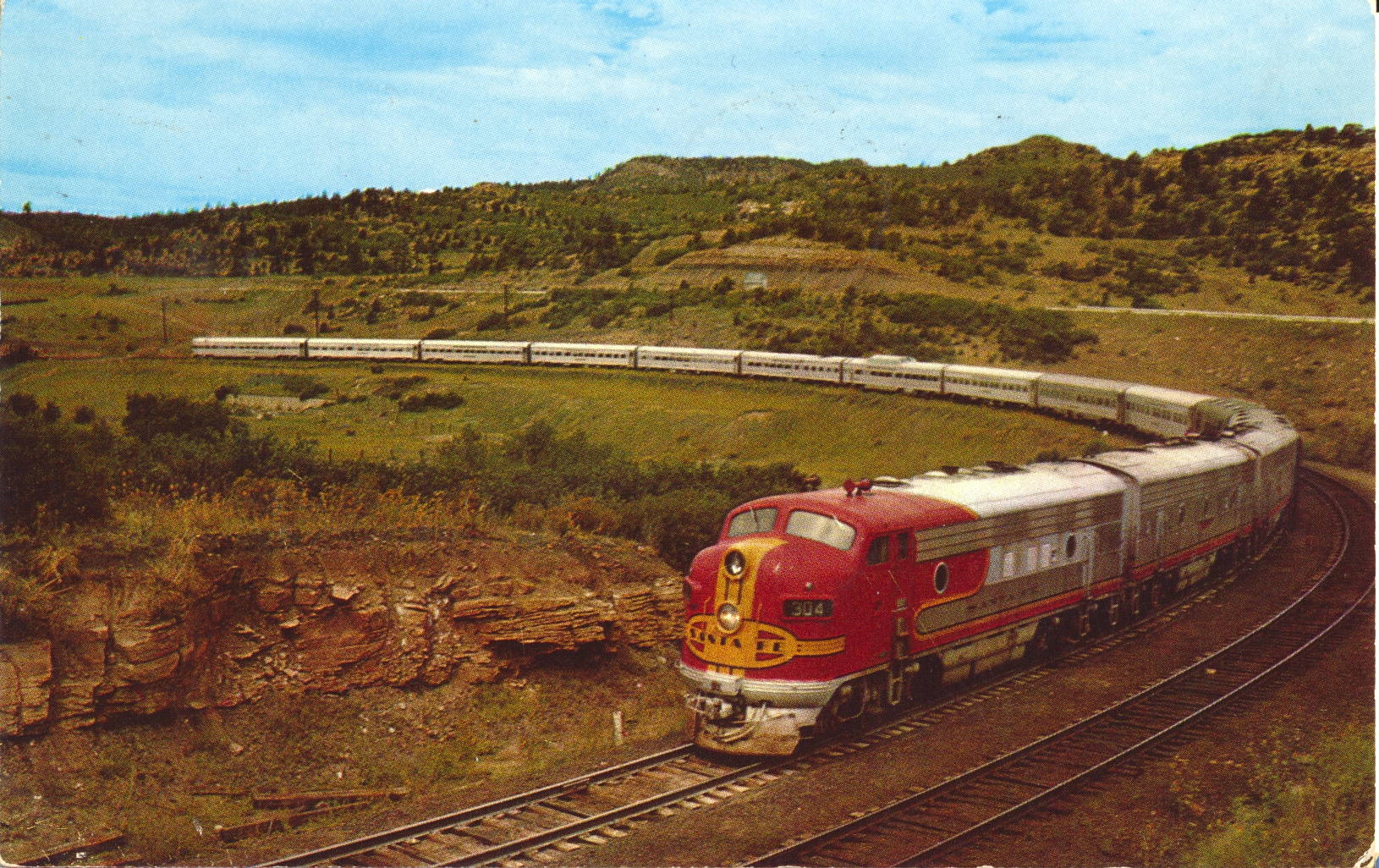 Raton Pass, the highest point on the Santa Fe Railroad between Chicago and California has an altitude of 7,622 feet.

— When the Santa Fe discontinued passenger service on 1 May 1971, Amtrak took over operation of the Super Chief, but had to change the name over time, and now the train running on this route is known as the Southwest Chief.