This image shows two parlors, the front and back, as they look in their restored state in the historic Benjamin Harrison Home of Indianapolis, Indiana. 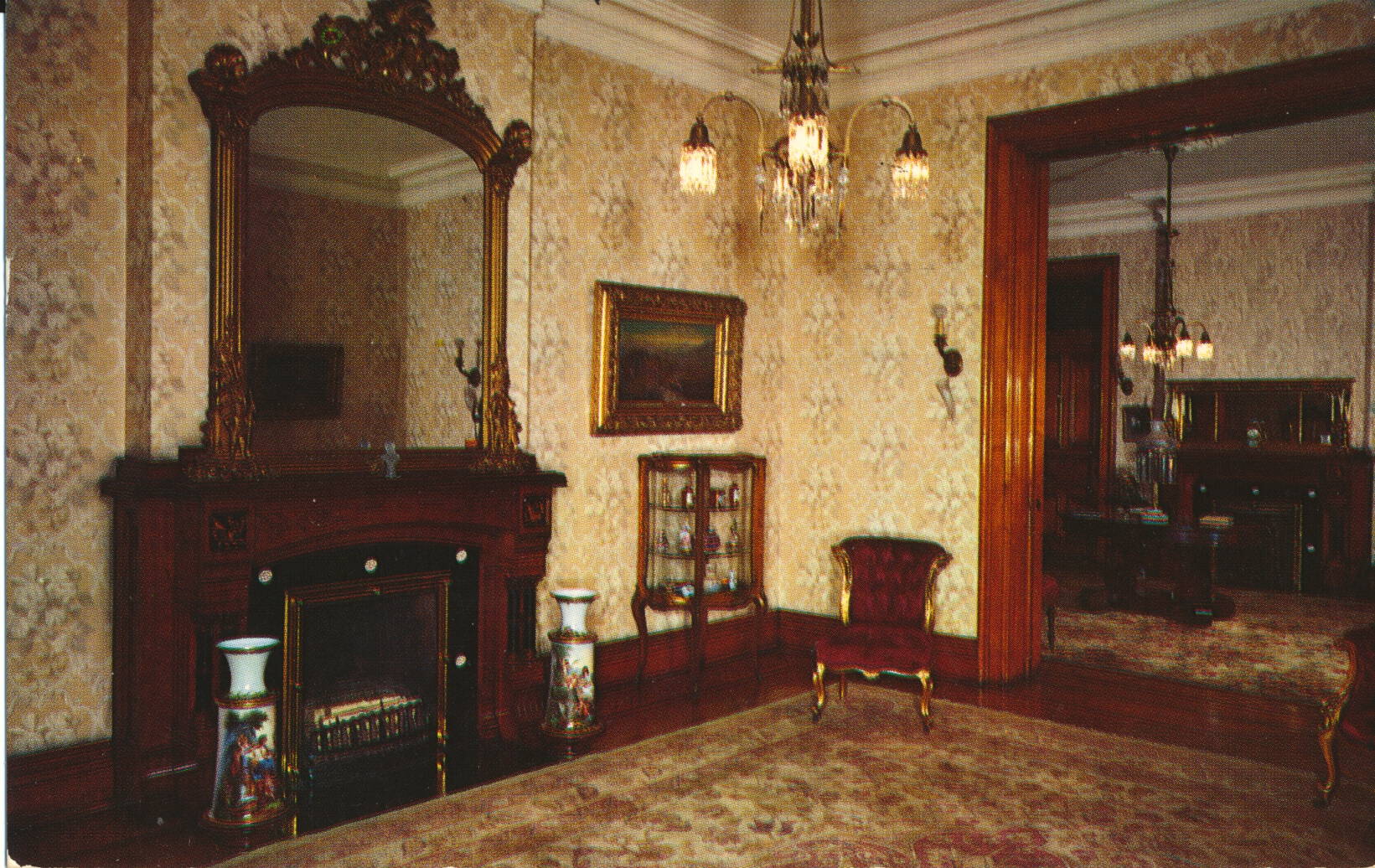 FRONT AND BACK PARLOR IN HOME OF BENJAMIN HARRISON — 23rd President of the United States, built by him in 1874. The Home has the original furniture and many objects of interest from the White House period. Located at 1230 N. Delaware, Indianapolis, Indiana.

–Harrison is noted for his modernization of the navy and the continued expansion of the National Park system.