This is a typical promotional card from a motel of the time, in this case the Travelodge of Indianapolis, indiana. This particular establishment was called the Travelodge West, and was located on Washington Street. 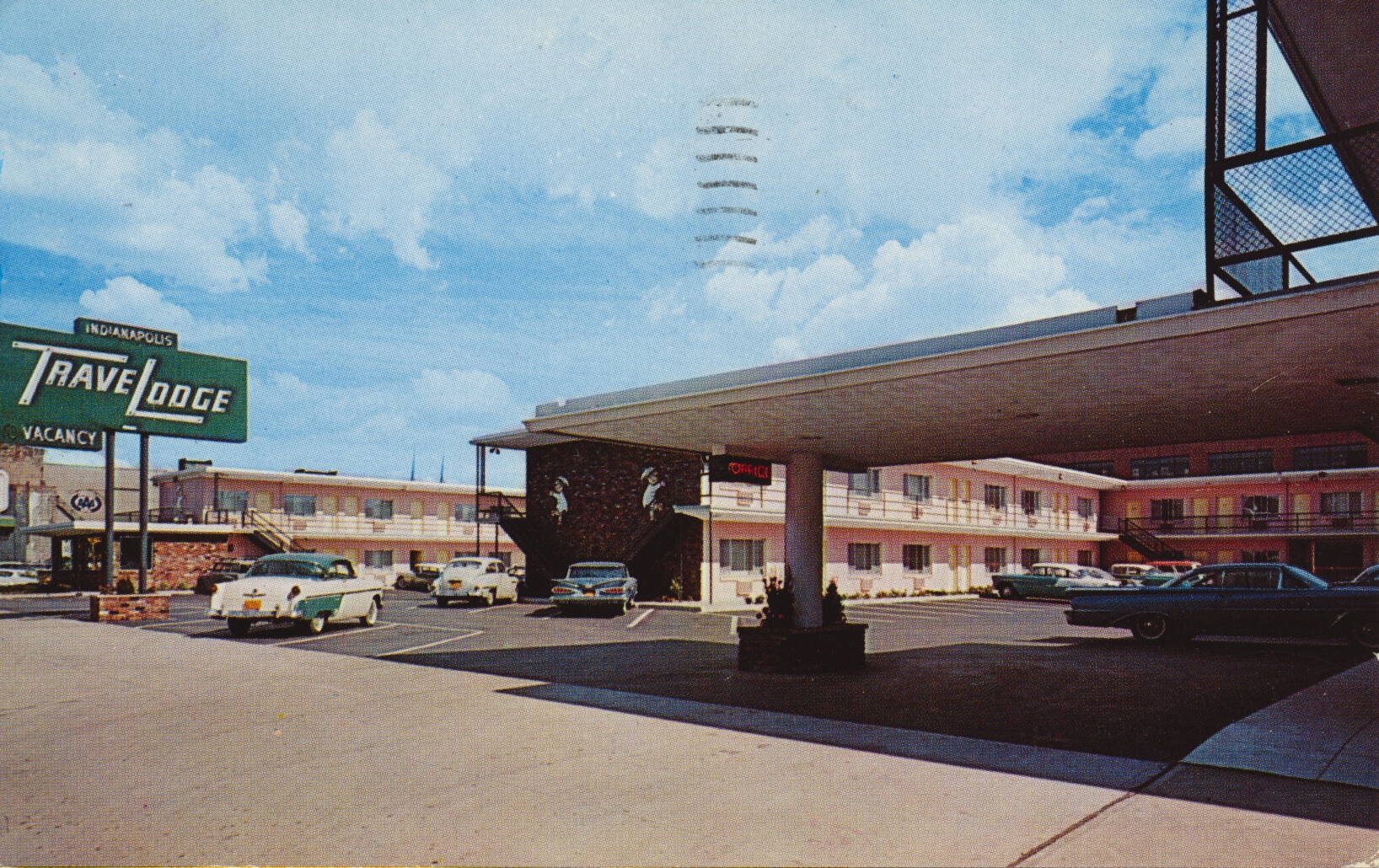 97 fire-proof accommodations in the center of downtown Indianapolis. On U. S. 40, 52, 36, 421, and Indiana routes 37 and 67. Modern in every way, convenient to all downtown stores, theatres, churches and business buildings.

–The motel no longer exists, as the entire area has been rebuilt with a parking garage and county offices at this location. The blue car in the center of the image is a 1959 Chevrolet, indicating that this image does not predate that year. The card was used and is dated 15 June 1961.