This image shows a portion of the legendary U.S. Highway 66 as it passes through a cut in the hills of the central Ozark Mountains in Missouri. 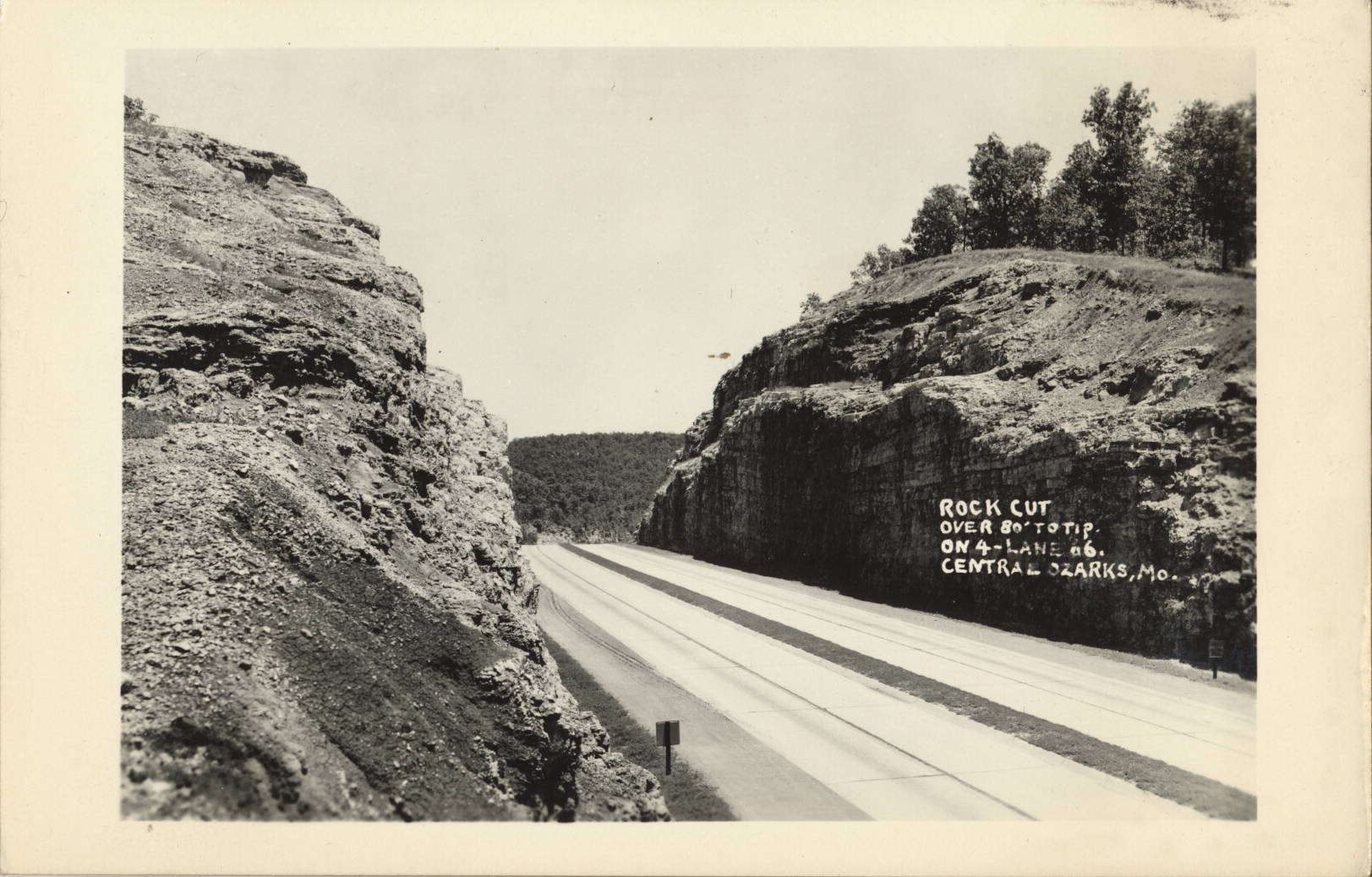 This photo post card has no description on the back.

The picture calls out the large cut in the hill for the highway to pass through on a consistent level, but also notes that this is a four lane section of the highway, which was rare at the time. Much of U.S. Highway 66 was two lanes for a considerably longer period, particularly in the remote areas of the west. When the U.S. Highway system was supplanted with the Interstate System, the four lane sections of 66 were often reused, while the two lane sections were either enlarged, as happened here, or abandoned for better roadbed and routes.