This image shows the  large vertical formation known as Onyx Falls in Stark Caverns, Eldon Missouri. The green stone deposit in the background is an onyx deposition. 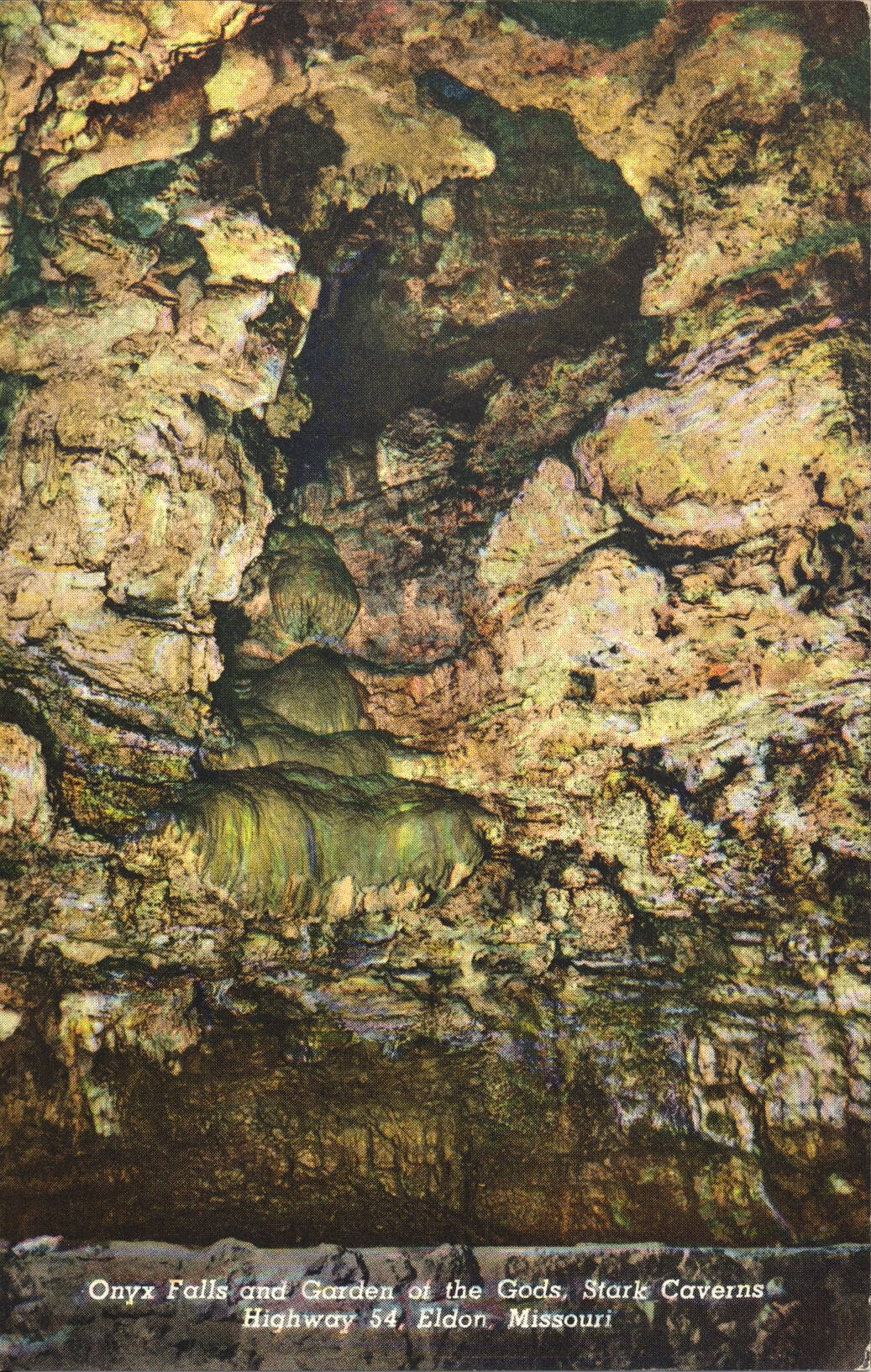 ONXY FALLS AND GARDEN OF THE GODS

A fine example of mother nature’s handiwork carved in stone. It’s rich. Gorgeous coloring in reds, grey and blues make it truly one of the definitely different type formations found in Stark Caverns. Garden of the Gods can then be seen beyond the falls and is trill a masterpiece created by nature.

–The ridge in the lower foreground is a containment for water which is flowing in this area. The level seems to have dropped some since this picture was taken, as indicated by this more recent photo.