This image is an illustration based on a photograph of the cave formation known as the Fountain of Youth in Stark Caverns, Eldon, Missouri. 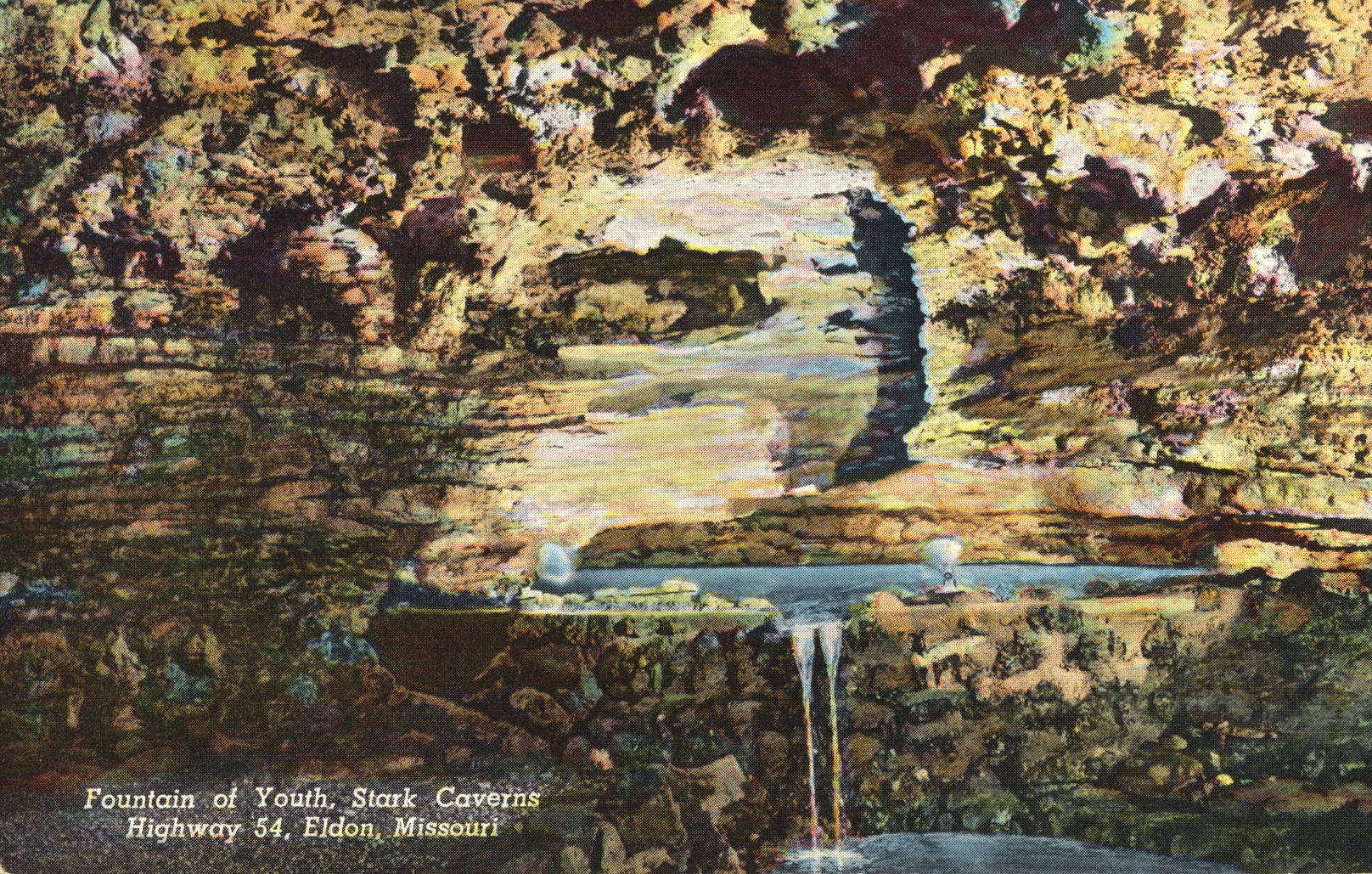 One of the truly different type formations found in Stark Caverns. A fine example of water cutting through solid limestone depicting the effects of erosion — a marvel of mother nature. Thousands drink from this fountain each year.

–The attraction has been renamed Fantasy World Caverns. This feature was constructed from a flowing spring in the cave to create a large pool with a controlled outflow.