This image shows the front and side entrance to the Sturdivant Home in Selma, Alabama, now known as Sturdivant Hall. 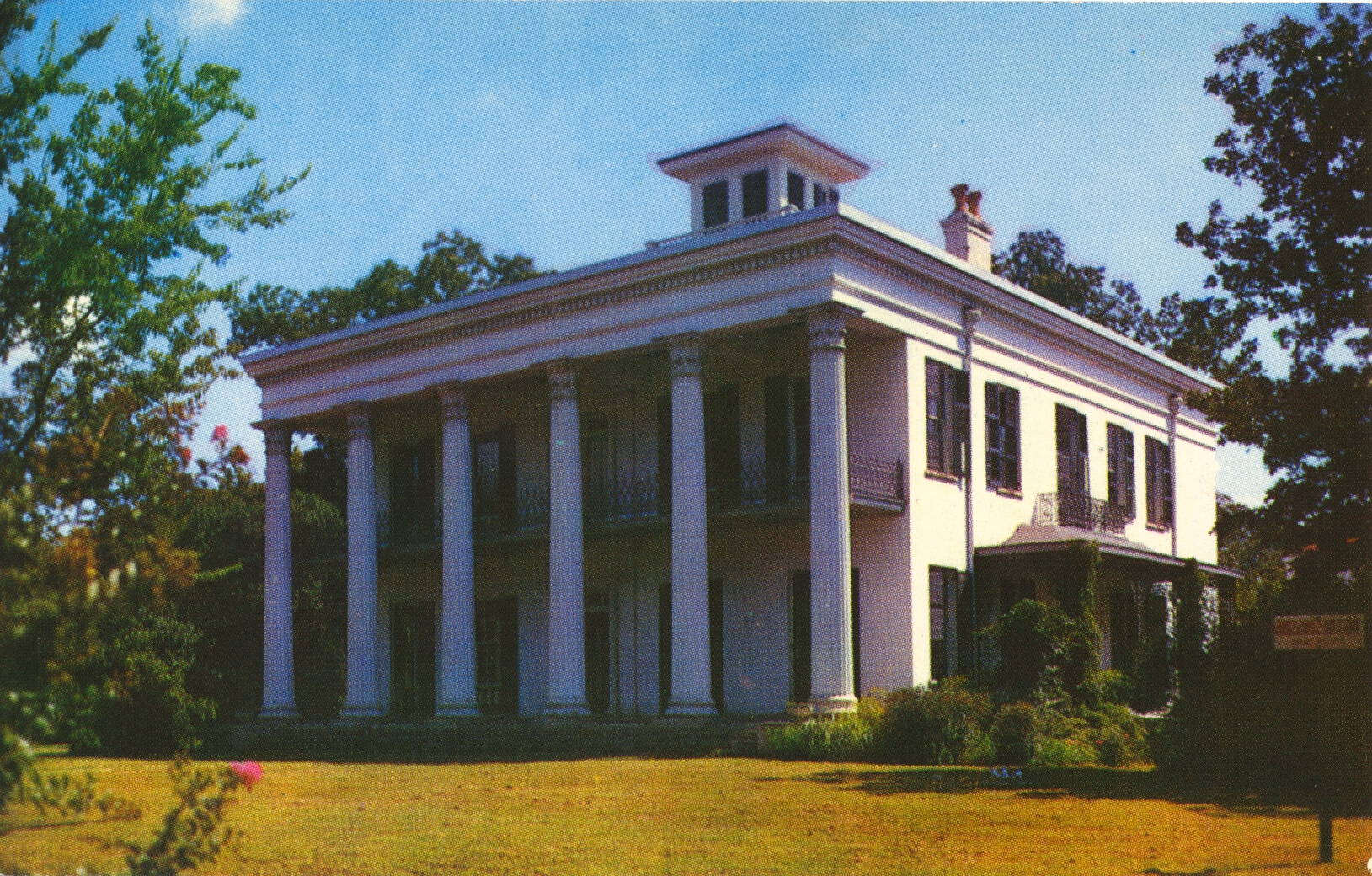 Built in 1850 by Col. Edward m. Watts, it remains one of the most classic examples of ante-bellum mansions in existence. It was designed by a cousin of R. E. Lee and furnished with imported French furnishings. It has tall columns in the front and is supported by a cupola. (Many know this as the Gilman Home.)

–The Sturdivant name comes from a major donor to the acquisition of the property, which was for the longest time in the possession of the Gilman family before being acquired as a museum.