This image shows the front and main entrance to the former home of the Tuscaloosa, Alabama public library. It is now a historic home, named the Jemison-Van de Graff Mansion. 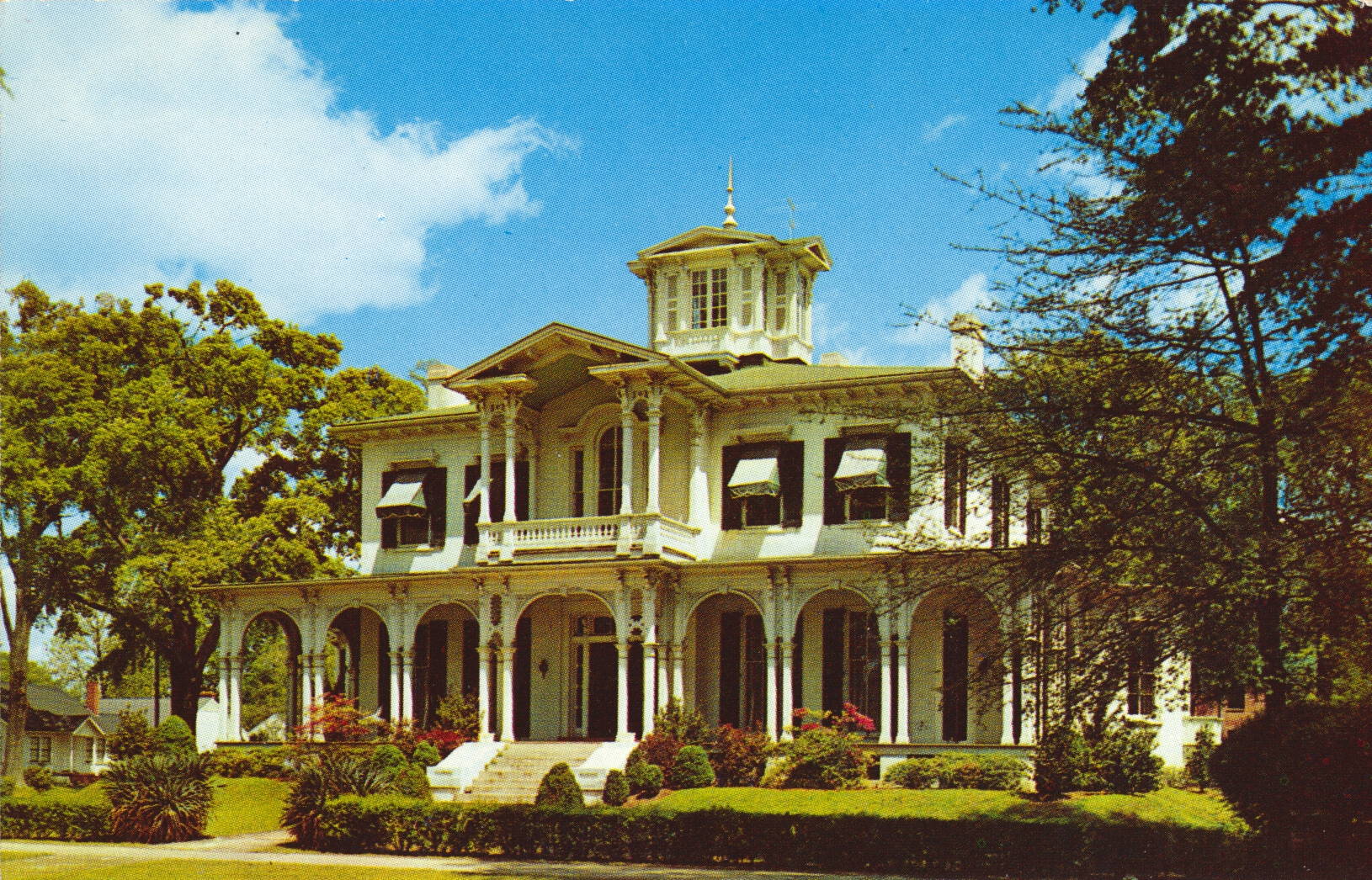 This home was constructed before the Civil War and is one of the many beautiful colonial homes to be found in Tuscaloosa.

–The building was used as a library from 1955 until 1979, and continued in private hands until acquired in 1991 as a historical landmark and museum.