This image shows the record setting rocket car called “The Wingfoot Express“, which was driven by Tom Green to a new land speed record on October 2, 1964. The original driver, Walt Arfons, had suffered a heart attack the day before and could not drive. 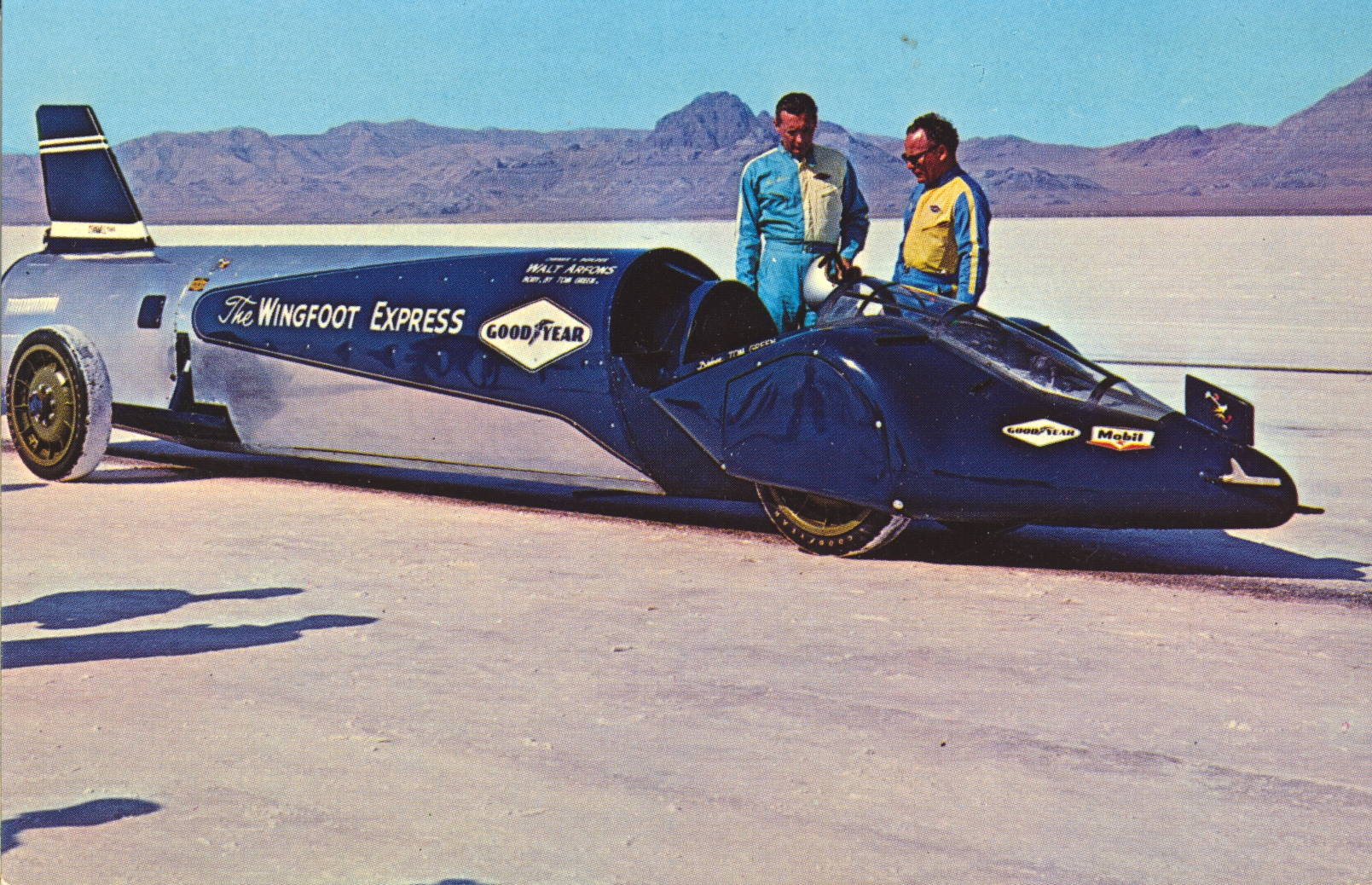 –The record would be broken by Art Arfons in the same vehicle only three days later. This vehicle differed from most previous record holders in that the engine was a rocket motor, and did not provide power to the wheels.