This image shows John Cobb, the man who set the land speed record in the Railton Mobil Special. 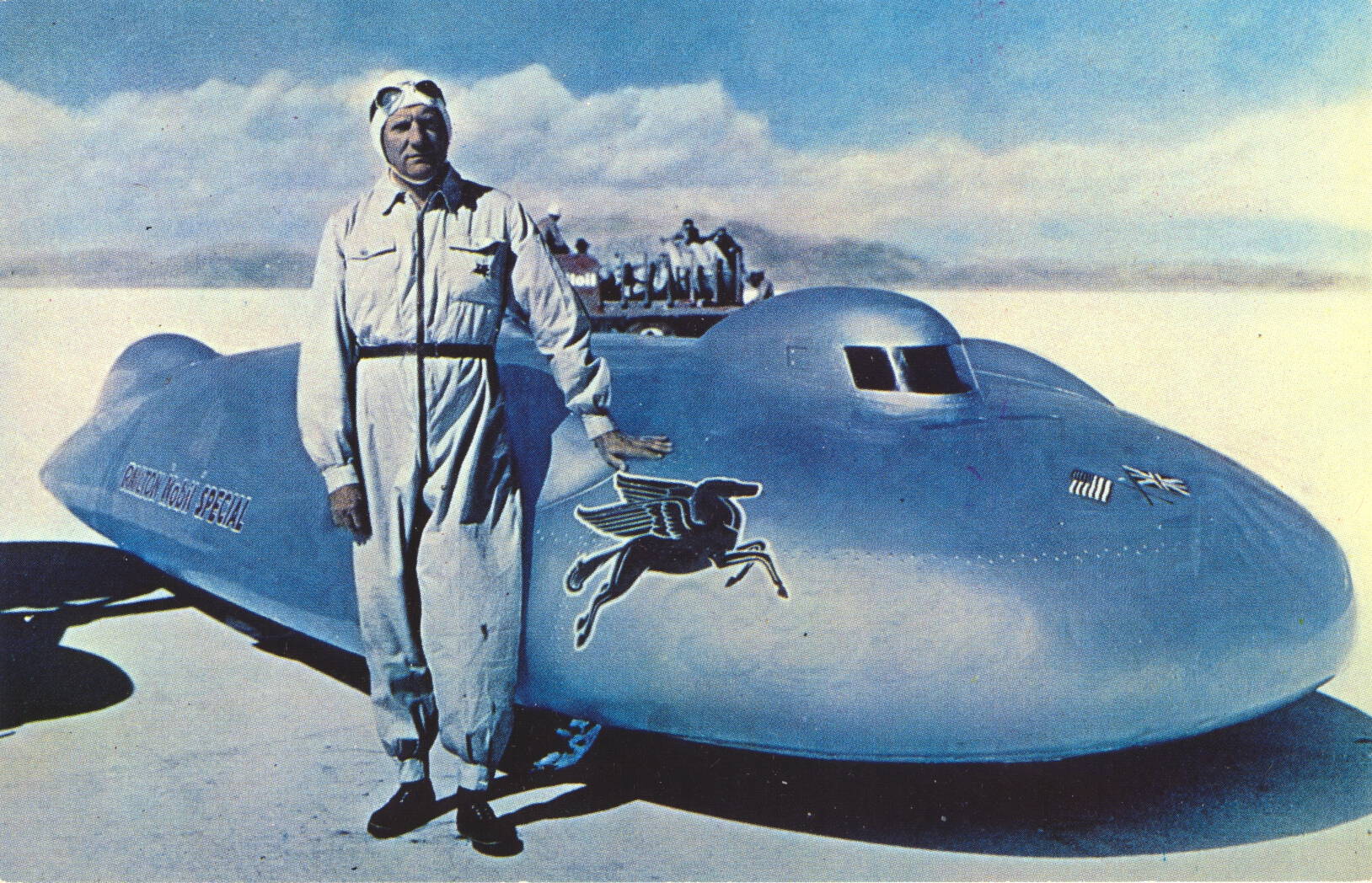 “Home of the Worlds Fastest Speedway”

–The last line above indicates this card was produced for sale by the motel and cafe business. The car is correctly known as the Railton Mobil Special, as shown on the side of the car behind the driver. The Railton Special was an earlier version that set a previous speed record.