This image shows the process of collecting salt from the salt beds of the Great Salt Lake and delivering it to rail cars for transport. The main effort appears closest to the car on the right, where the small trestle has been built. There is a deep cut in the salt bed next to a much higher ridge indicating ongoing excavation. 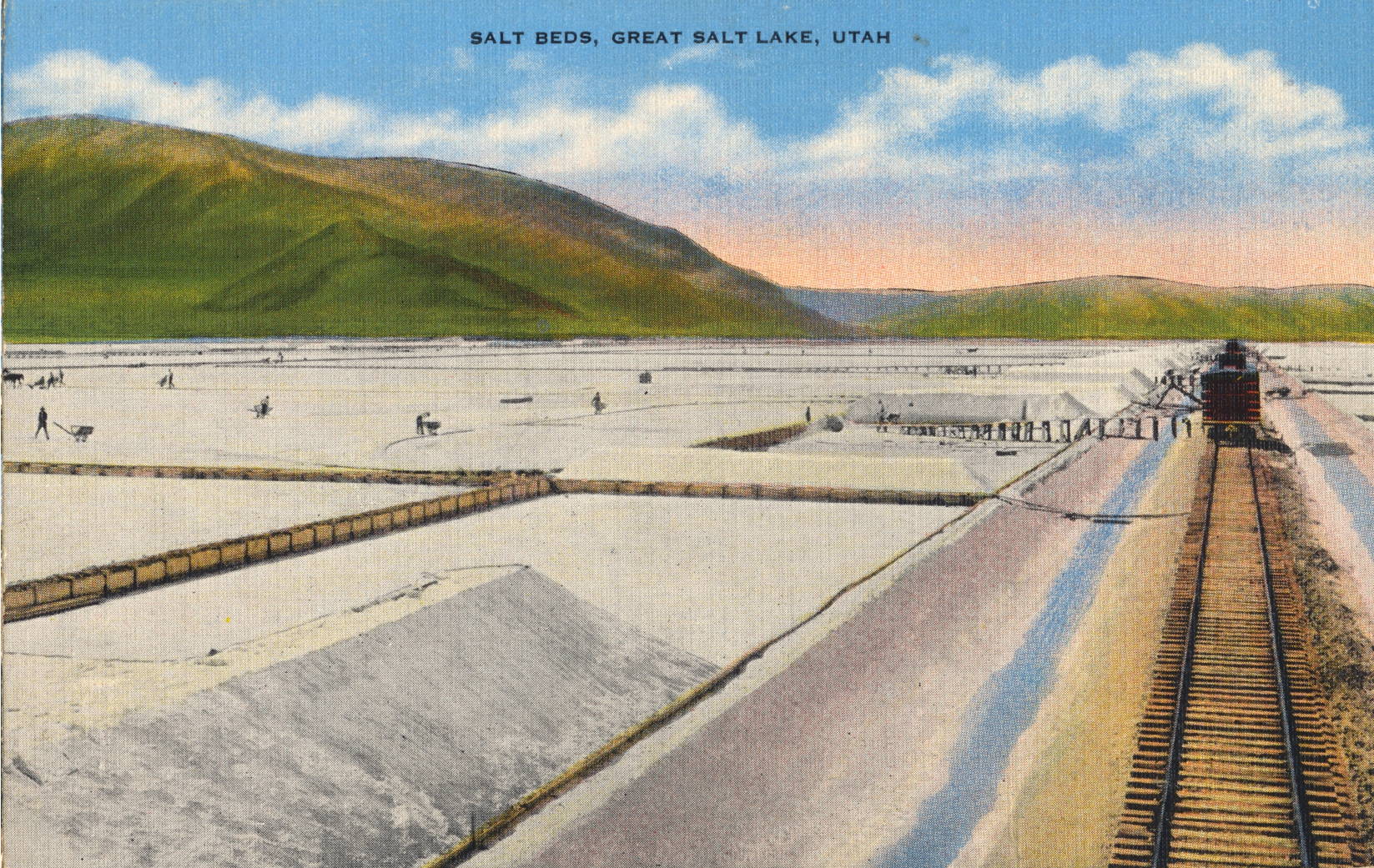 This Great Dead Sea, the largest in the world, is located 18 miles west of Salt Lake City; area, approximately 2140 square miles; length, 75 miles; width, 50 miles, average depth 13 feet; water 27% salt; thousands of tone of salt shipped annually. Here each season thousands enjoy bathing and floating, sinking being impossible in the heavy salt water. Like the Dead Sea in Palestine, it is fed by the Jordan River, has no outlet, and no marine life, except the Salt Shrimp.

–The description of the location of the Dead Sea as being in Palestine indicates this card pre-dates the 1948 establishment of the state of Israel in the British Mandate.