Originally known as the Appalachian Scenic Highway during its construction, the Blue Ridge Parkway is a linear park connecting other National Parks in the system, while not being a national park itself. It is the most visited unit of the National Park system. 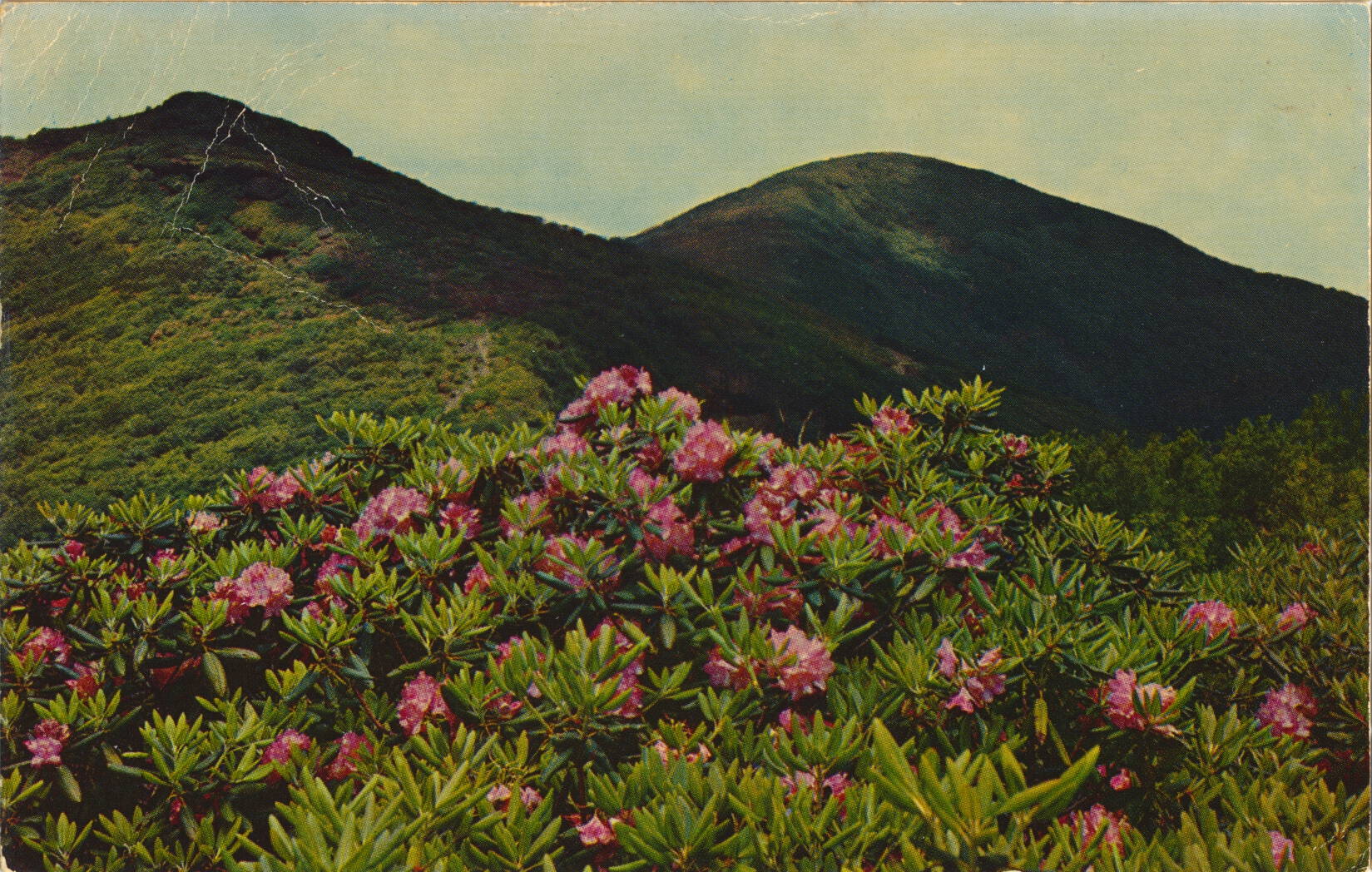 PURPLE RHODODENDRON in bloom on the Blue Ridge Parkway and Craggy Dome in the background.

–Craggy Dome is the highest point in the Great Craggy Mountains of North Carolina. It is the smoother of the two prominences in this picture.