This is an image of Fort Nashborough, a stockade fort which would be the focal point of settlers who would found Nashville, Tennessee. 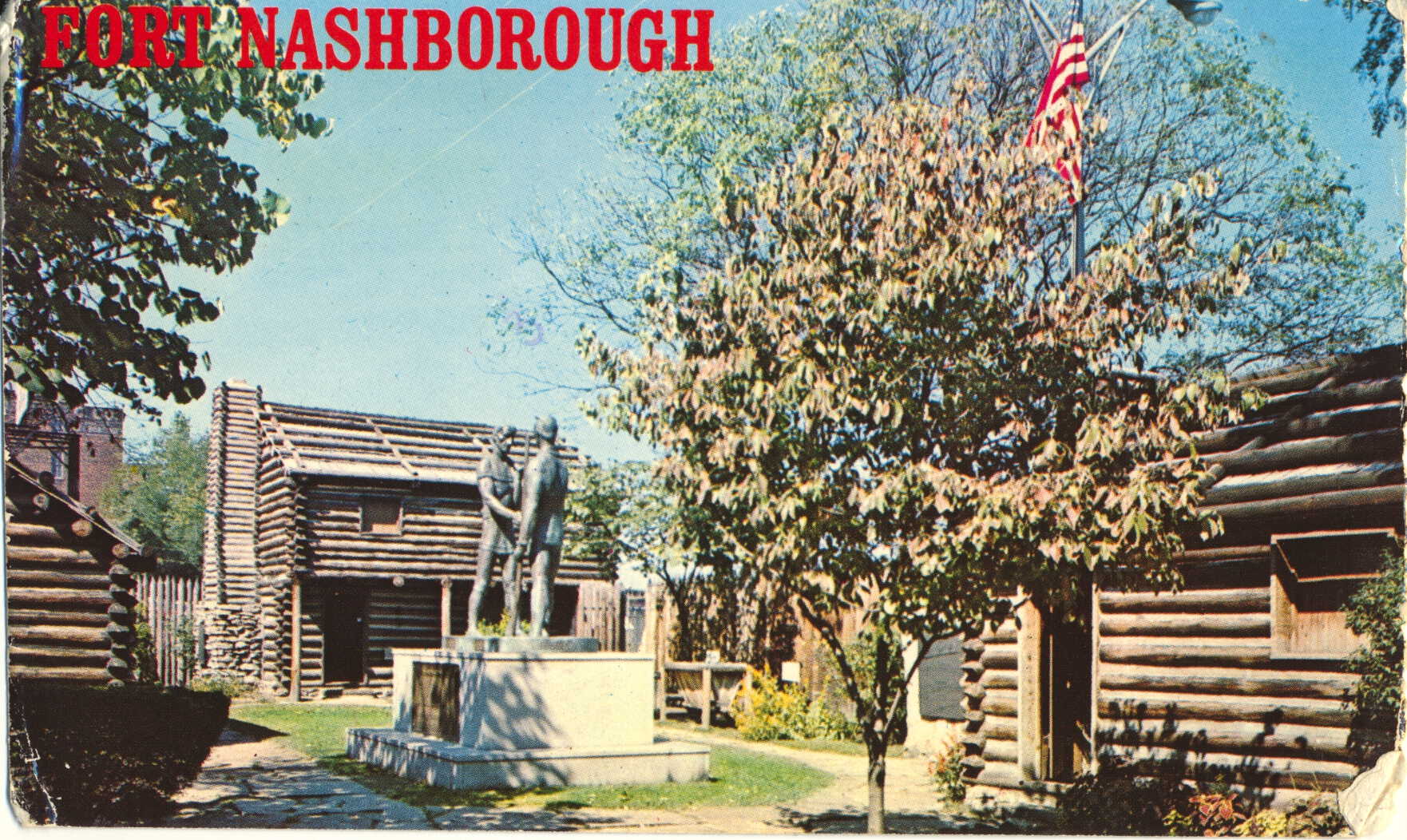 This replica of Fort Nashborough is a faithful reproduction of the original log fort build in 1780 on the banks of the Cumberland River. Built on the same site, the block houses and stockade appear as they did in the day when the Fort withstood the savage attacks of the Cherokees and Creeks.

–The purpose of the fort was to defend the encroaching European settlers against attacks by the Cherokee indian tribes which were resisting settlement in the area.

The current structures were built in the 1960s, but have become decrepit and are slated for demolition and reconstruction in 2017.