This image shows a group of people climbing the Sleeping Bear Dunes National Lakeshore, in the northwestern part of the lower peninsula of Michigan. Originally a state park, part of the area was designated a National lakeshore park as well. 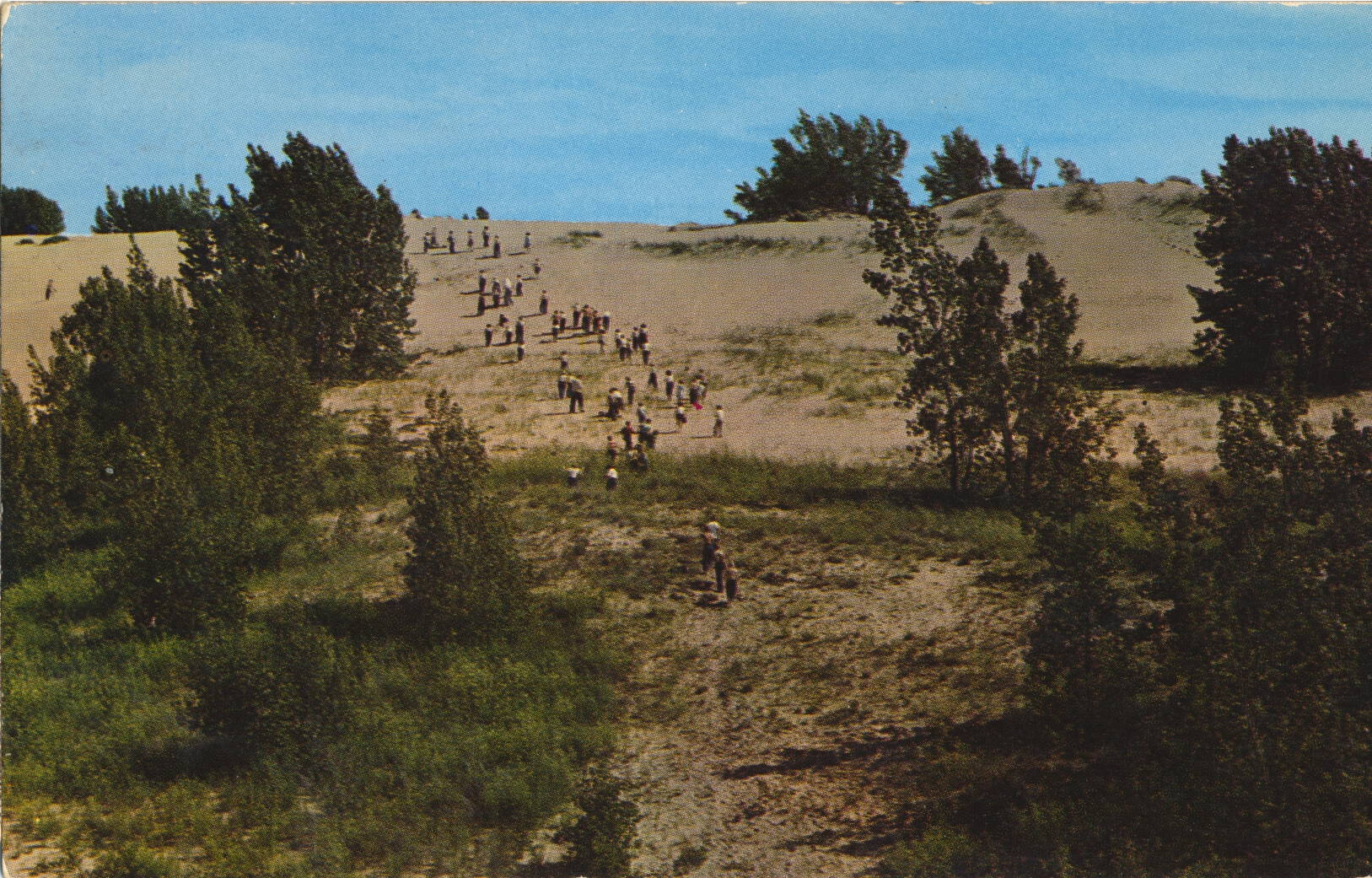 The Dune, several miles wide and more than twice as long, is an expanse of Golden Sand where each summer thousands visit making it the favorite playground of Northern Michigan.

–Climbing the dune, as shown here, is a popular exercise for many of the visitors, as the summit provides an outstanding view of the lake and shoreline.