This image is of the state-run ferry called the S.S. City of Petoskey, part of a larger fleet of auto and passenger ferries operating across the Straits of Mackinac before the construction of the Mackinac bridge in 1957. 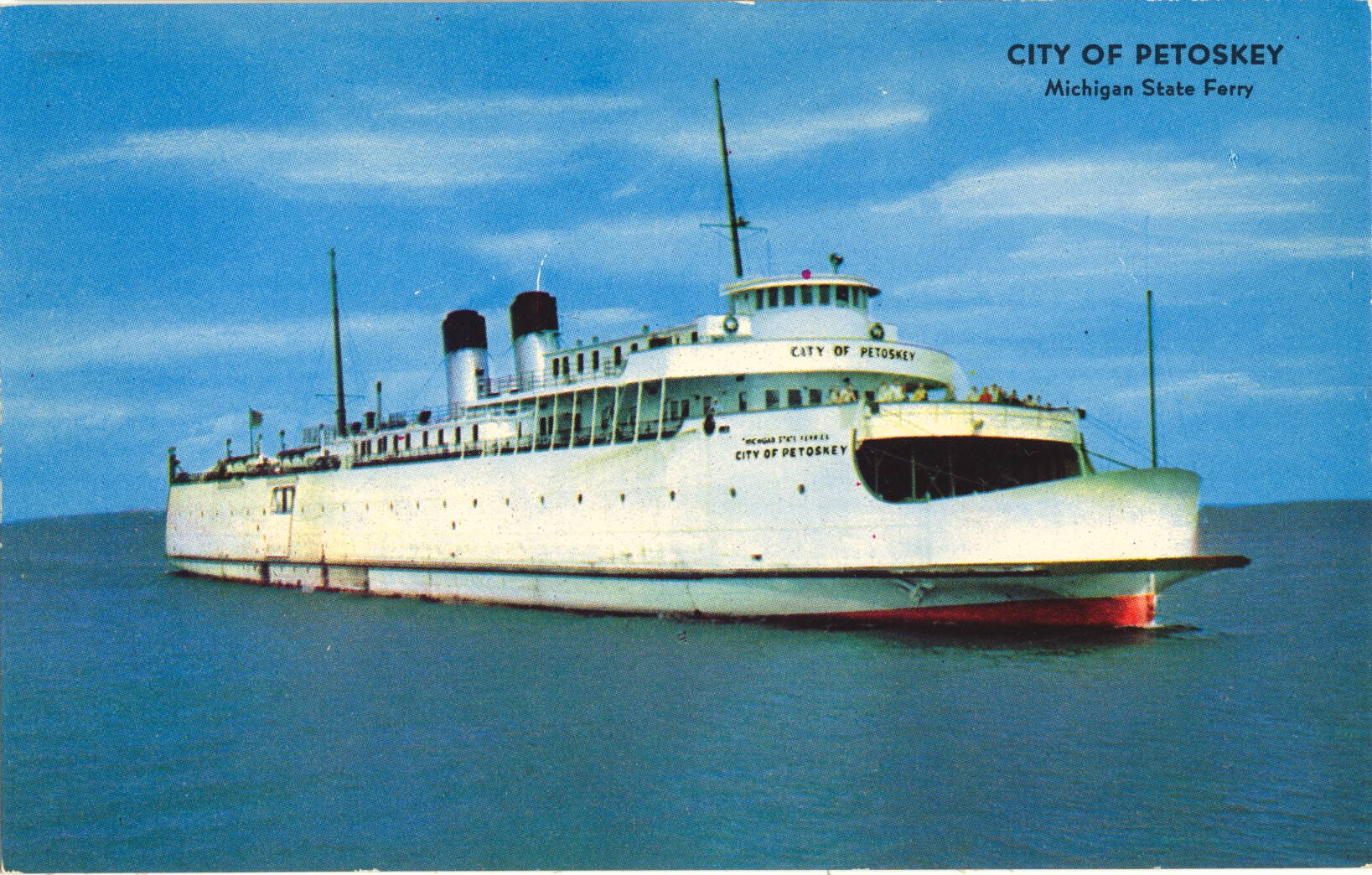 THE CITY OF PETOSKEY

Operating at the Straits of Mackinac, in Michigan. “Petoskey” is derived from the Chippewa Indian name “Pe-to-se-ga,” meaning, “The Rising Sun.”

–This ferry was put in service in 1940, and continued in service until the ferry system was discontinued in 1957. It was the next to last ferry put into service, succeeded by the S.S. Vacationland.