This image shows the ferry S.S. North American as it passes through a drawbridge over the channel between Lake Charlevoix and Lake Michigan in the city of Charlevoix. 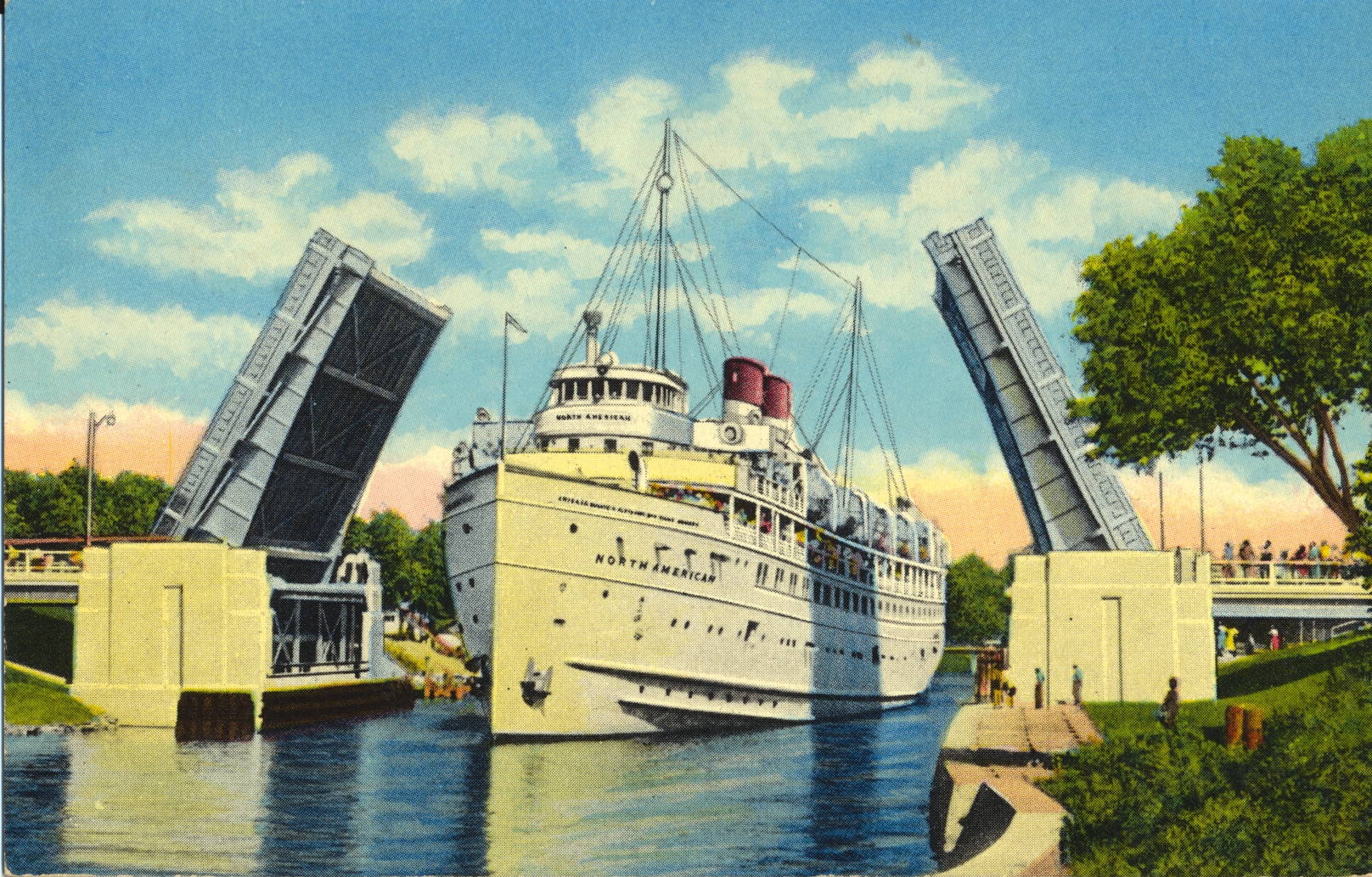 –The fate of the ship is not known, but it likely provided ferry service to towns on the other side of Lake Michigan before the construction of the Mackinac Bridge. This postcard was used and is dated 8 August 1955.