This image shows the approach to the international crossing between Eagle Pass, Texas and Piedras Negras, Coahuila, In Mexico. 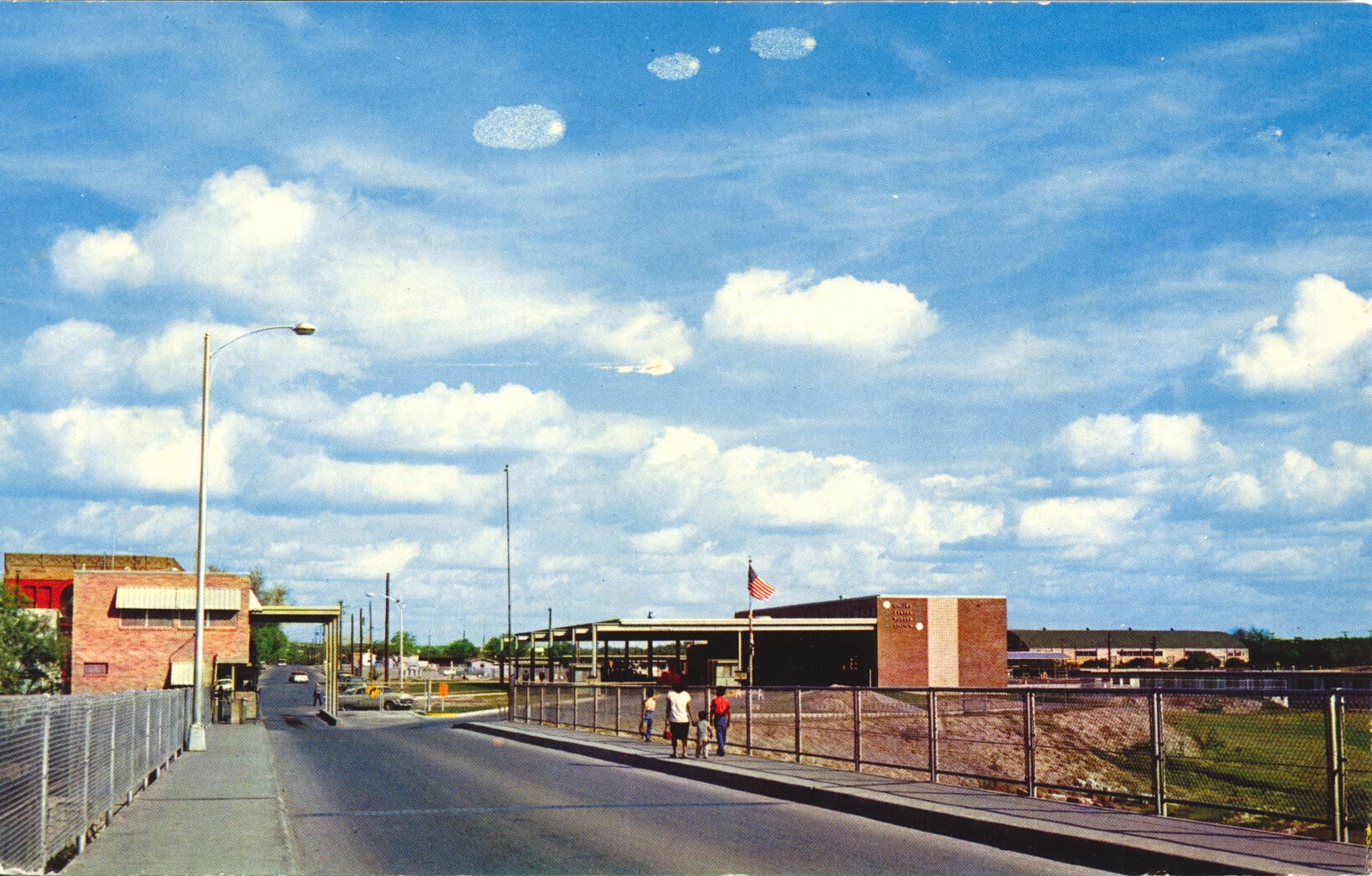 INTERNATIONAL BRIDGE at Eagle Pass, Texas links two very favorite cities on the Mexico border. Thousands of American tourists cross here on their way to the interior of Mexico, while Mexican citizens visit the American side to shop at the many well-stocked stores in Eagle Pass. Peidras Negras is one of the prettiest Mexican towns on the border. The building in the background is the new American Customs Building.