This image shows Harold’s Club and Casino mural, visible under the word ‘Biggest’ in the previous post. 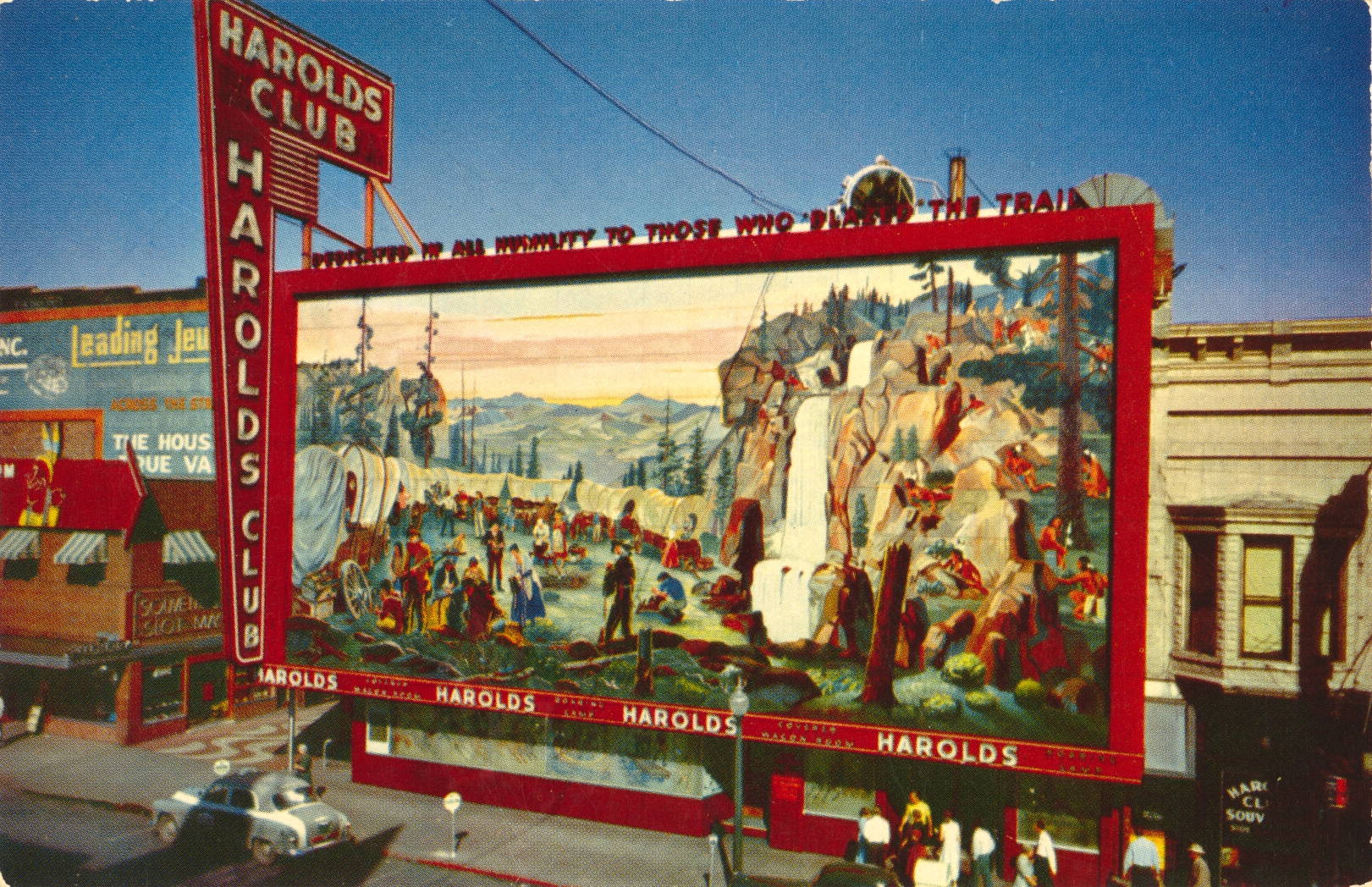 Harold’s Club, of world-wide fame, has spent many thousands of dollars and untold hours of time in research into the early days of the West and especially Nevada. This huge sign on the front of the club depicts a camp scene of the early-day pioneers.

–The legend at the top of the sign, more readily visible by clicking on the image to see the full size version, reads: Presented in all humility to those who blazed the trail.

The sign and building at this point in time looks quite different from the building in the previous posting, indicating that Harold’s went through an extensive expansion and remodeling some time in the 1950s. This would be the earlier version, probably taken in the early 1950s.