This is another version of the same photo from the previous post, taken this time in winter, as indicated by the snow covered Ruby Mountains in the background. The position of the photo is nearly identical to the previous card. 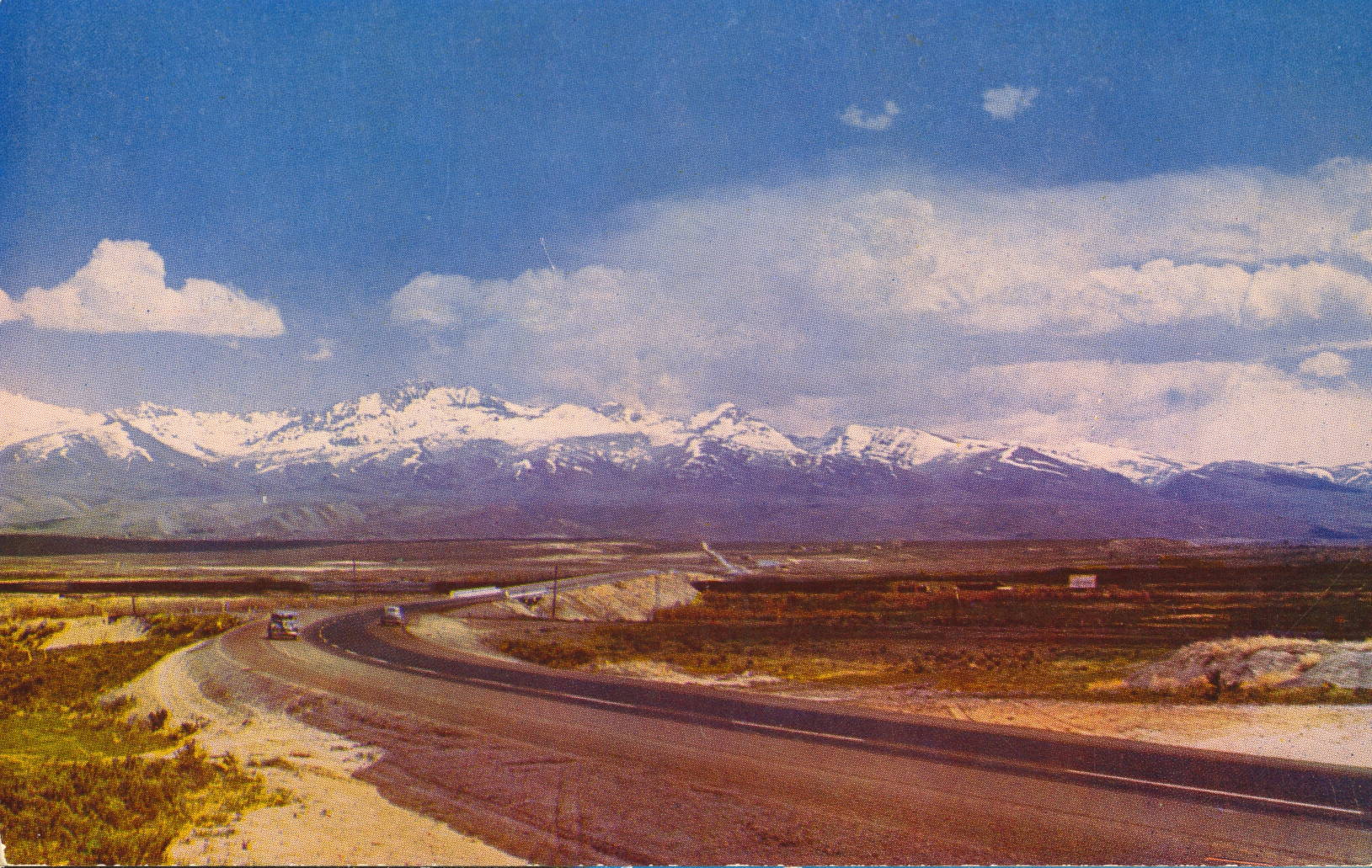 Skirting the towering Ruby Mountains, U. S. Highway 40 crosses northern Nevada. Its broad smooth surface, gentle grades, and scenic vistas have made it one of the most popular thoroughfares in the West.

— The emphatic commentary on the quality of the roads was to encourage tourist travel, which before had been considerably more challenging, particularly cross-country. The U. S. Highway system and the subsequent Interstate Highways made what was a difficult and unpleasant journey into a routine activity even in such desolate places as the intermountain West.