This image, a cut down portion of a postcard, shows the establishment called Santa’s Kitchen. It was part of the larger Santa Claus, California development along U. S. Highway 101 in Carpenteria, California. 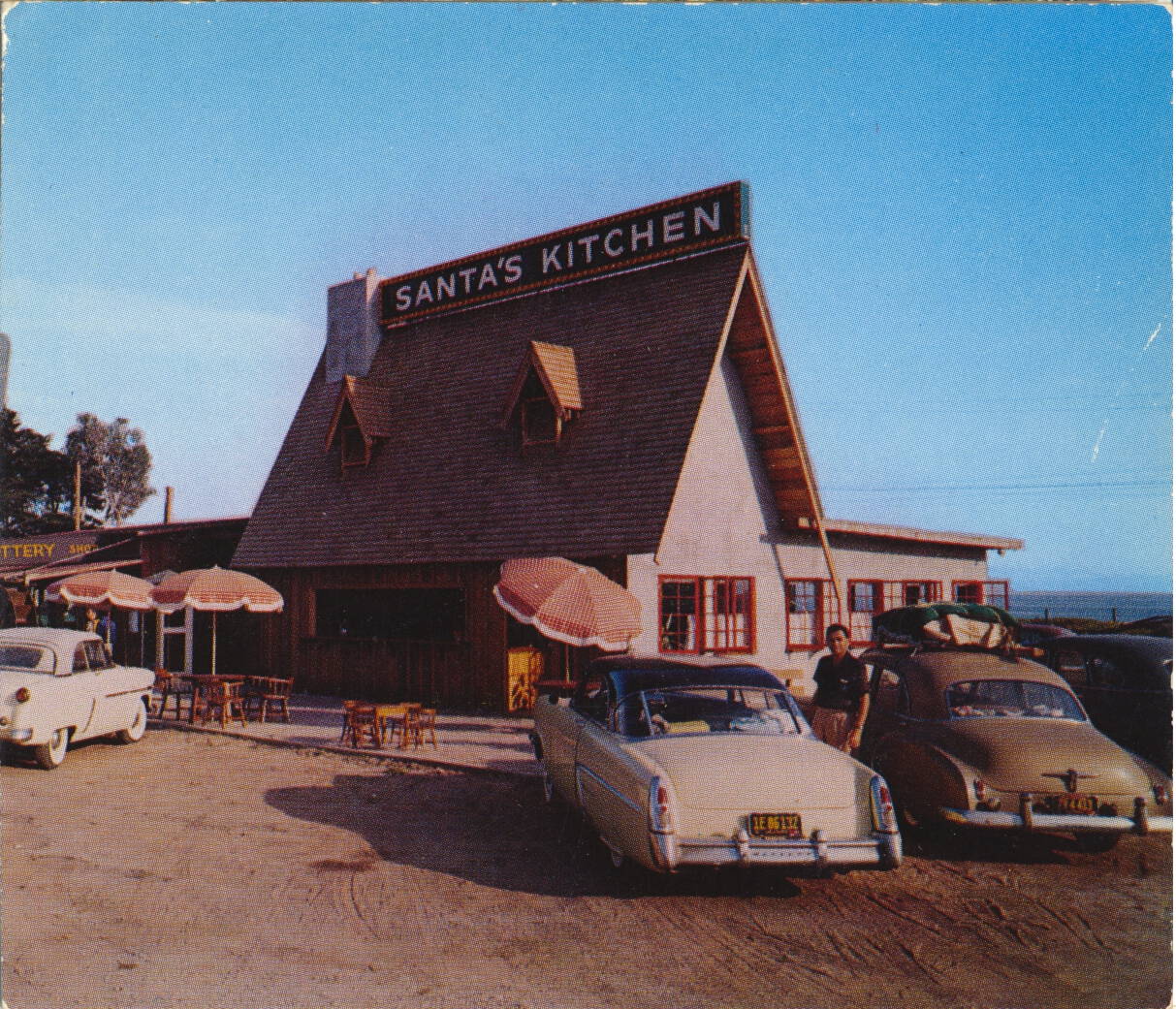 High above the picturesque wishing well and water wheel, a smiling Santa waves to all who visit his California center.

–The Santa mentioned appears to have been cut off from the left side of the card. The cars visible here indicate this card is from the 1950s.