This view reverses the previous image, with the photograph taken from the upper story of the museum towards the tomb. 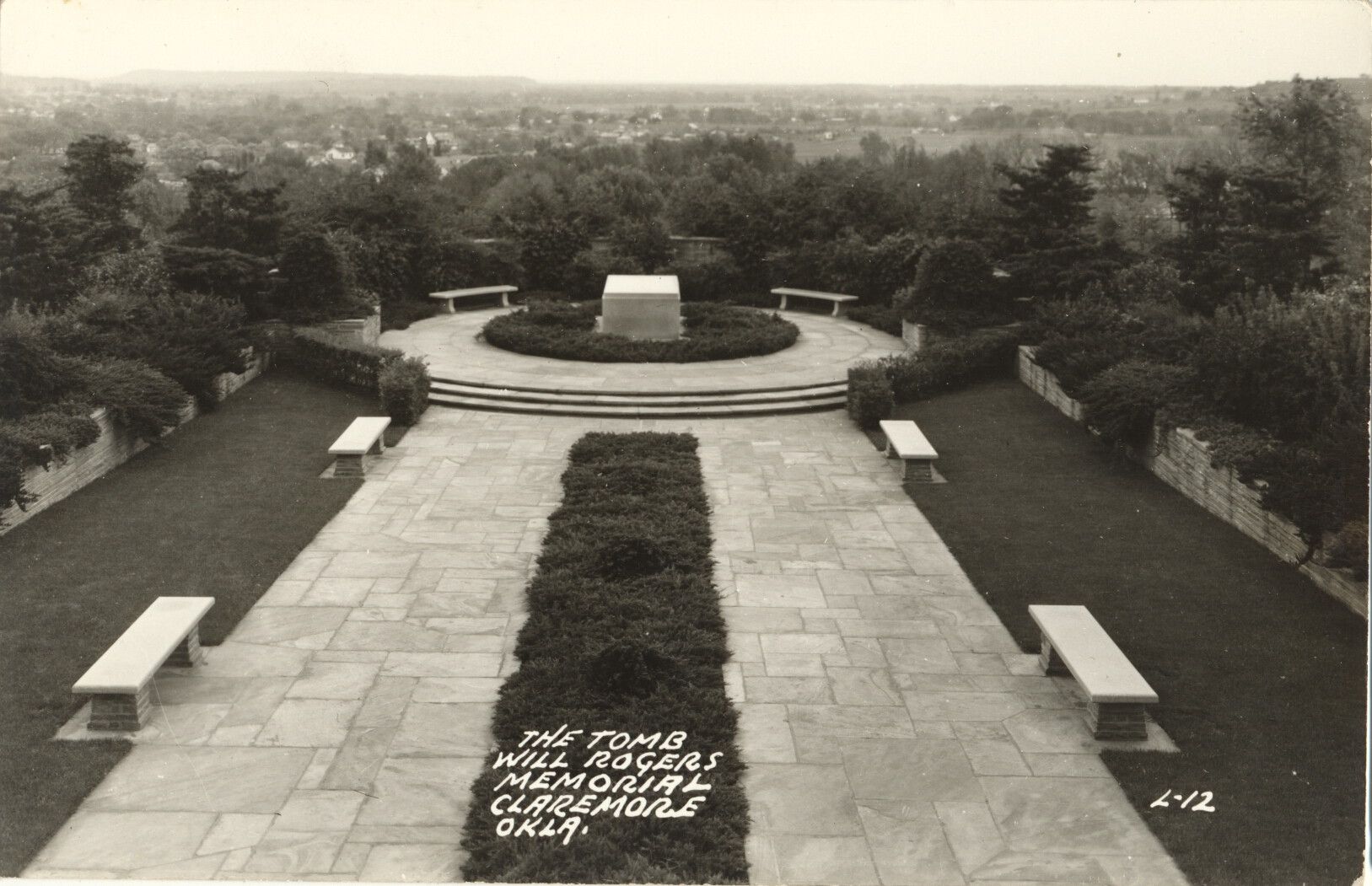 Will Rogers was something of an early 20th Century superstar, much like Mark Twain before him, embodying many of the characteristics that American’s admired in their heroes and prominent citizens.

This card likely dates from the 1940s, shortly after the Memorial was built in 1938.