This is an image of two large government buildings on the campus of the Oklahoma state government center in Oklahoma City. 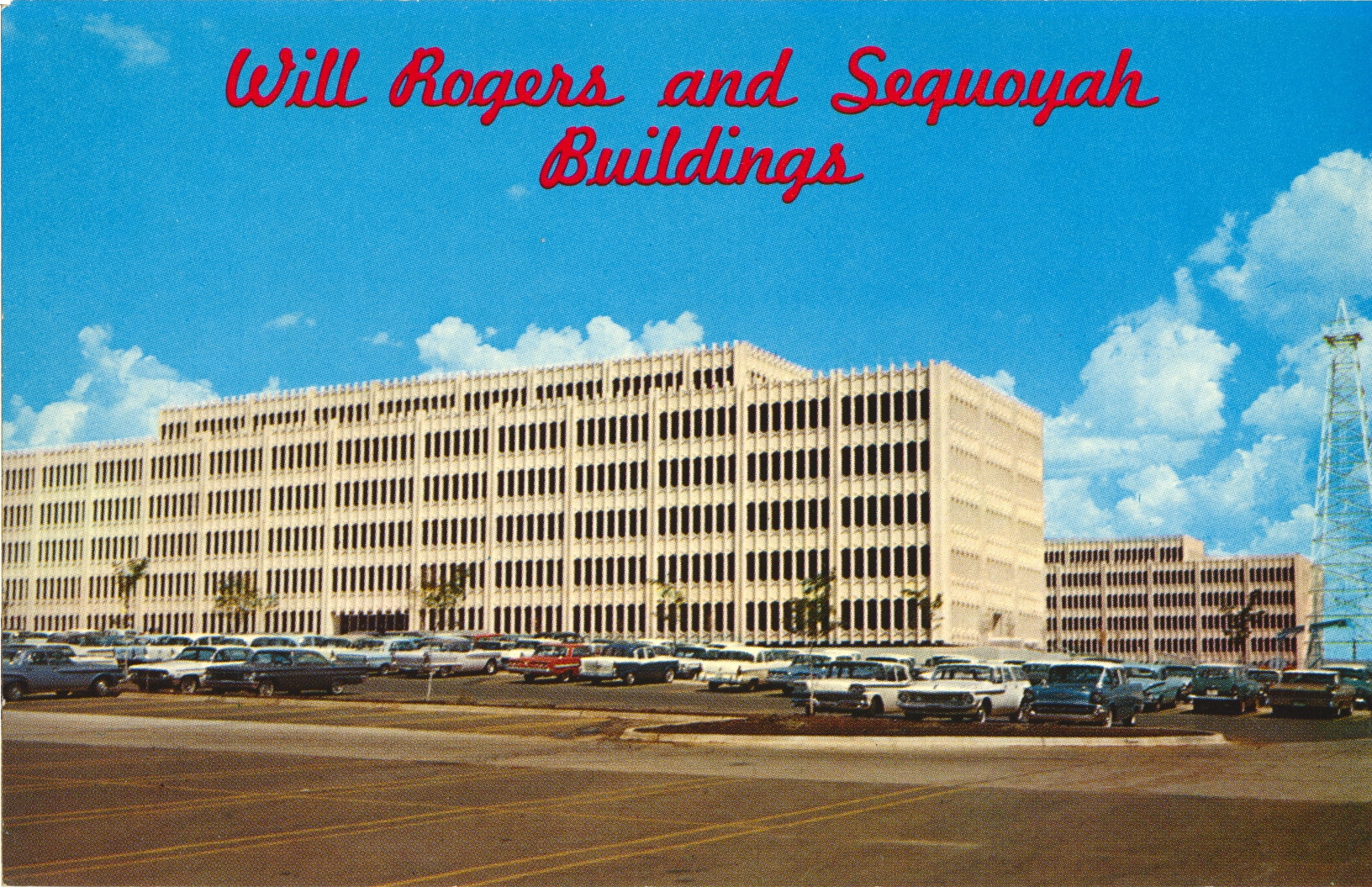 SEQUOIA AND WILL ROGERS BUILDINGS

There modernistic buildings, housing State and Federal offices, are part of the Capitol complex. They are named in honor of Sequoyah, famous Cherokee Indian chief who invented the Cherokee alphabet, and Will Rogers, Oklahoma’s favorite son and world-famous humorist. “The Avenue of Trees,” a part of the landscaping, is made up of 77 trees; each tree represents one of Oklahoma’s 77 counties.

–The autos visible in the image indicate that this card dates from the 1960s.