Just six miles from the Clock Inn Motel featured yesterday was the entrance to the Turner Turnpike, which connects the two largest cities in Oklahoma, those being Tulsa and Oklahoma City. 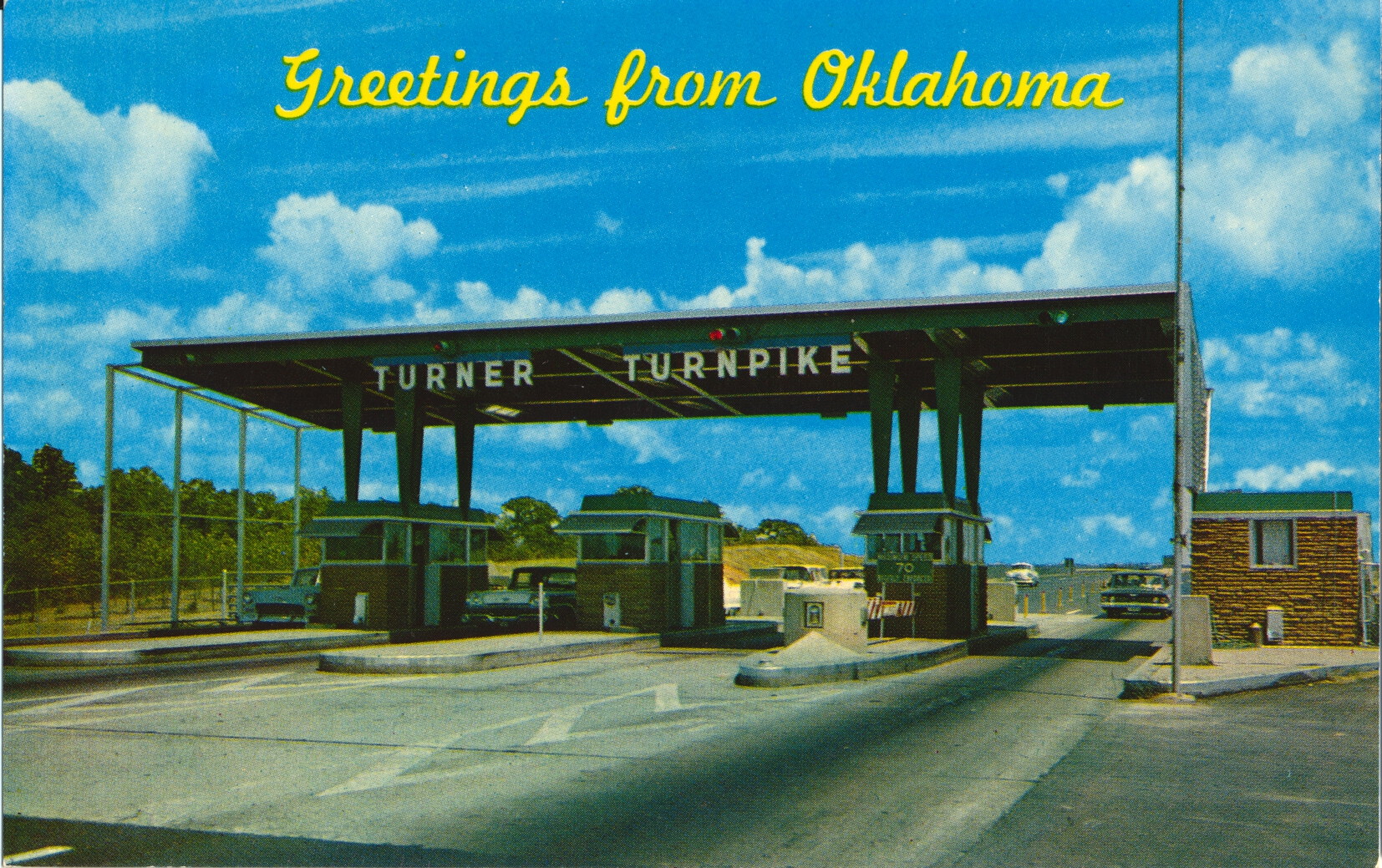 This 88-mile turnpike running directly between Oklahoma City and Tulsa was opened to traffic in 1957, and connects with the Will Rogers Turnpike at Tulsa which extends into Joplin, Missouri.

–Turnpikes are toll roads which use the charges from travelers to pay for maintenance and construction of the road. In Oklahoma, this road has been fully paid off, but revenue from the tolls are used to build additional turnpikes elsewhere in the state.

The card likely dates from the 1950s.