This illustration is of the Hotel Mason, an establishment that, at the time of this card, hosted the largest unique gun collection in private hands. 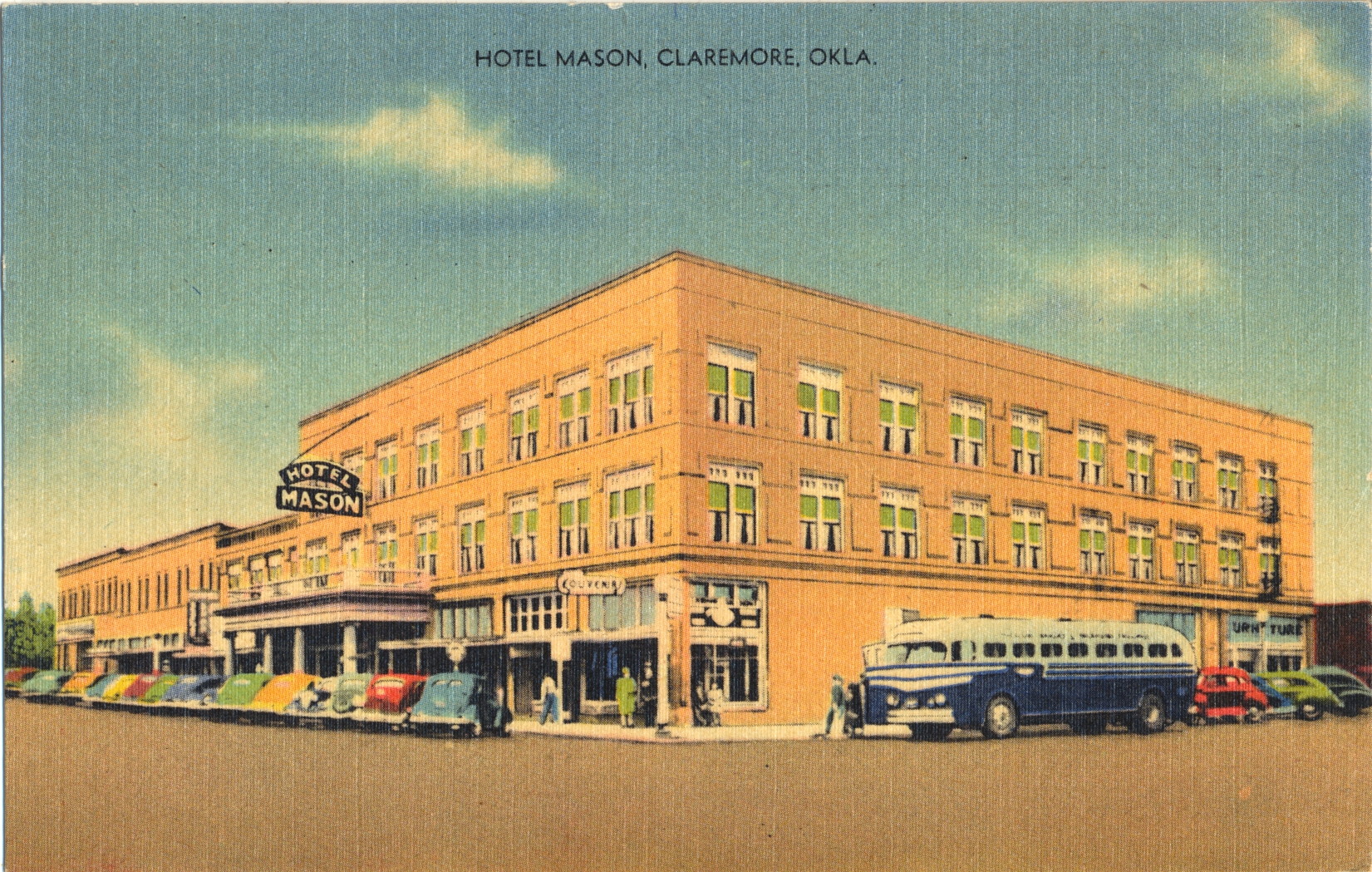 The home of the largest gun collection of its kind, in the world. No two guns alike.

This card was used and is dated 3 July 1953, though the cars illustrated indicate the image was created in the late 1940s.