This image shows the large car ferry that provided transport between St. Ignace and Mackinaw City, Michigan, called the Vacationland. 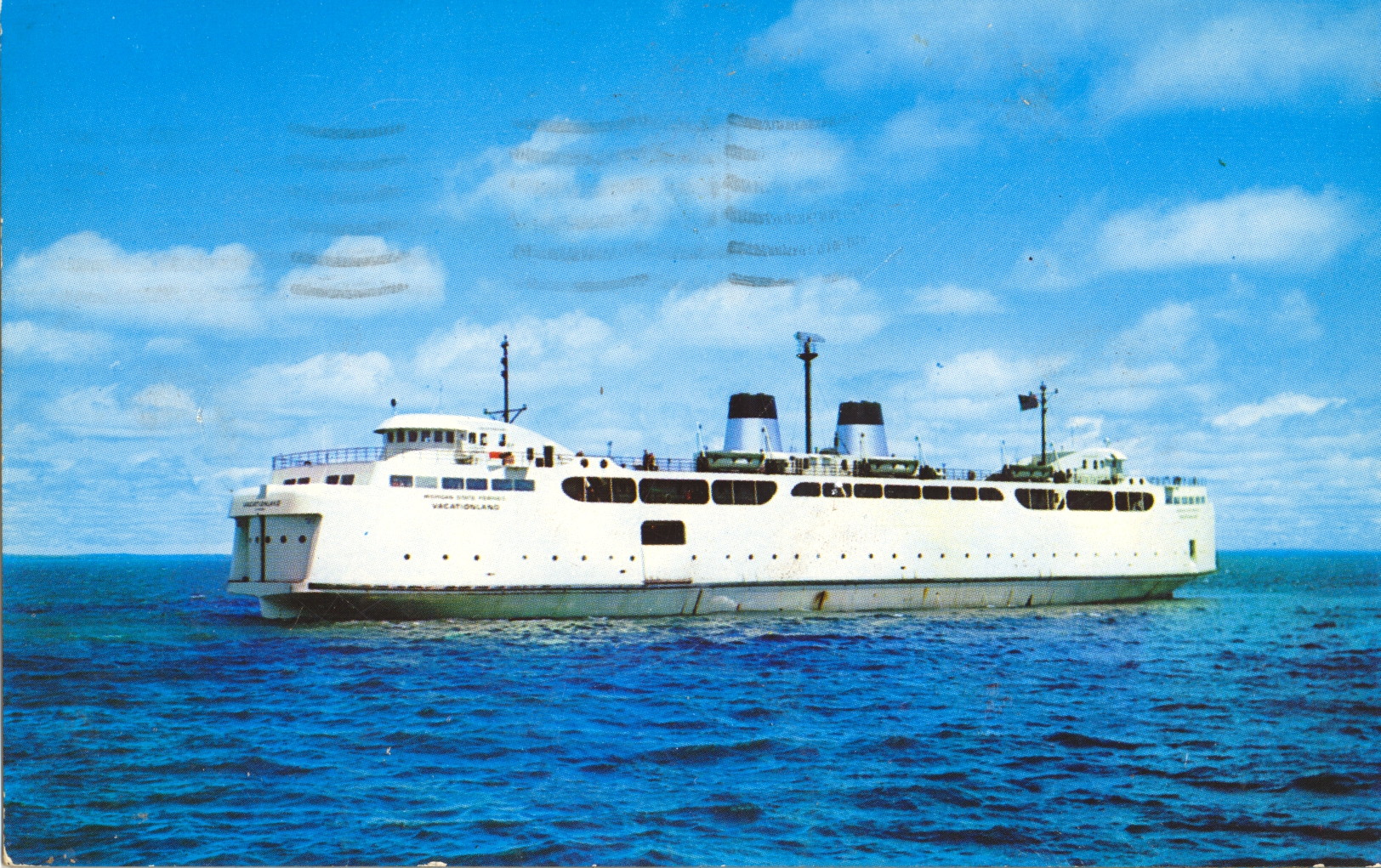 With a capacity of 650 passengers and 150 vehicles, the VACATIONLAND is the ultimate in car ferries. The special design of this ice breaking car ferry permits loading and unloading from either end. Its powerful Diesel engines (9300 maximum H.P.) help it to make the trip across the Straits of Mackinac between St. Ignace and Mackinaw City, Michigan in record time.

–It’s primary purpose was to transport people and vehicles between the upper and lower peninsulas of Michigan in the 1950s. The ferry became redundant with the completion of the Mackinac Bridge in 1957. It served many other owners before being sold for scrap and lost at sea in 1987.

This image dates from shortly after it began service in 1952.