This card is an illustration of the massive YMCA Hotel as it existed in Chicago, Illinois. It was originally intended for accommodating single men at inexpensive rates, but with the depression expanded it’s clientele to the large numbers needing housing. 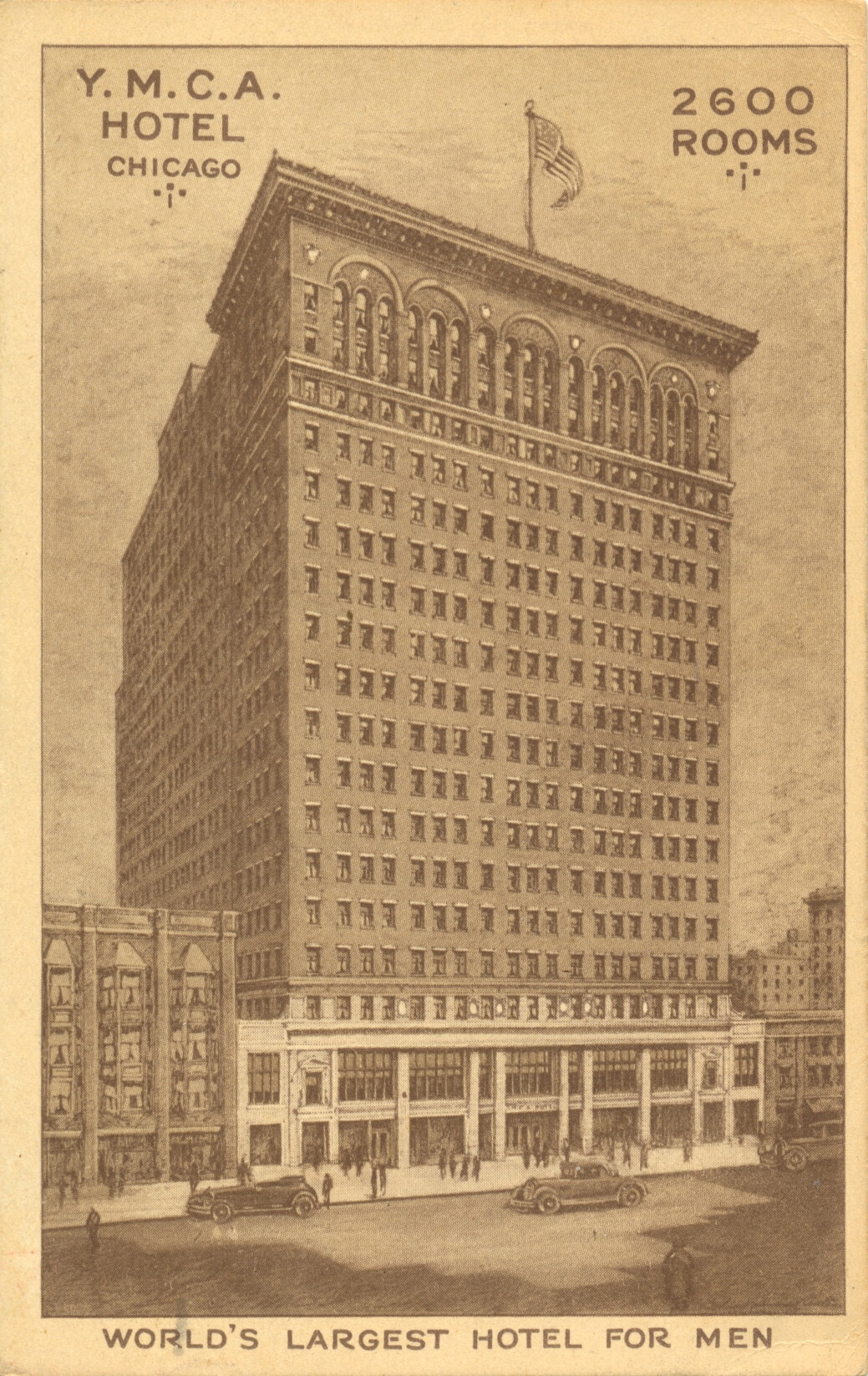 –The hotel was closed with the declining fortunes of the surrounding neighborhood in 1979, but has been reopened since 1985 as an apartment building.