This illustration shows an artist’s depiction of the Federal Building as it looked during the Chicago World’s Fair of 1933. It was held in Chicago to commemorate a century since the founding of the city. It was also known as the Century of Progress. 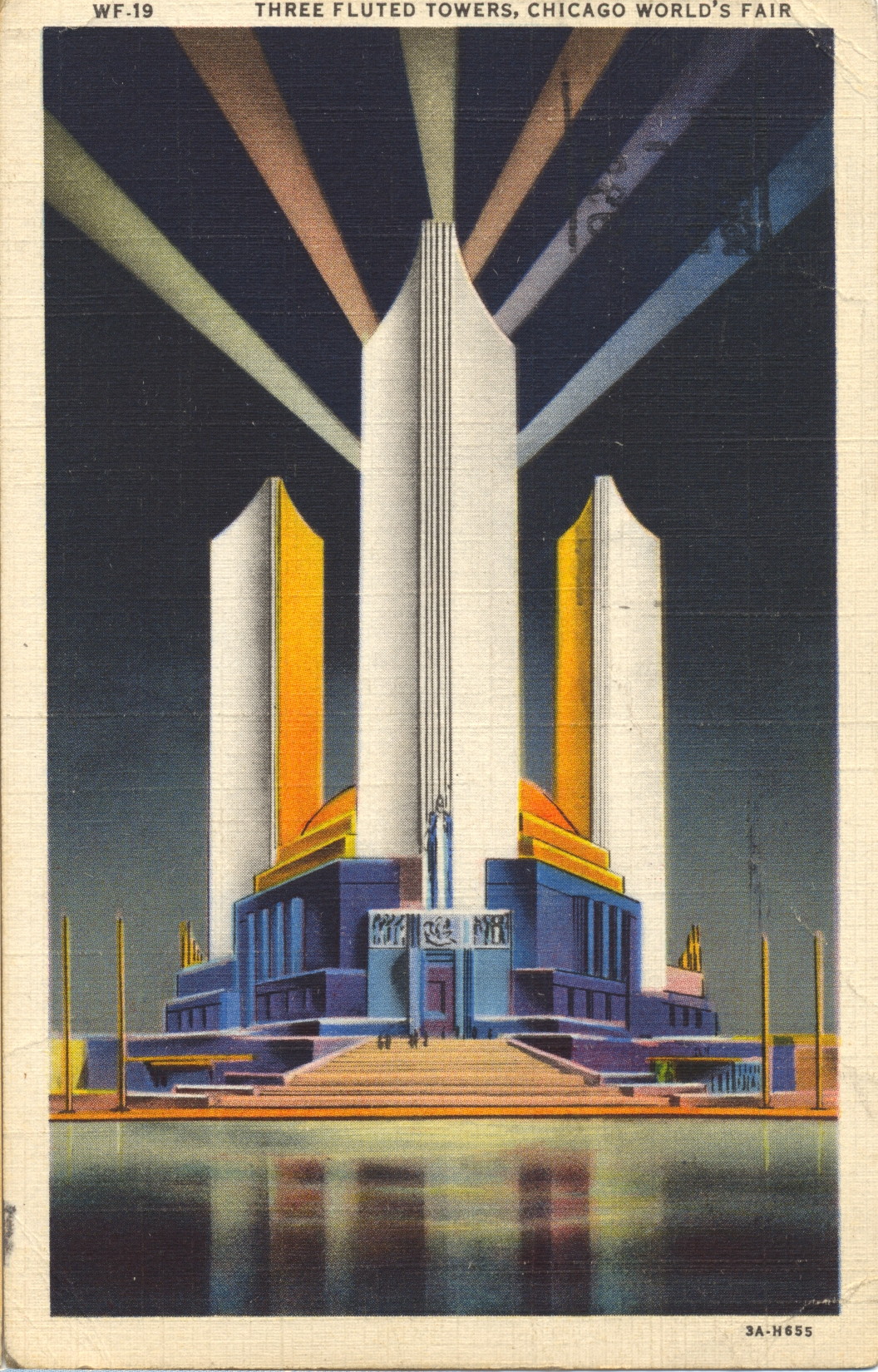 These three fluted towers 150 feet high around the dome of the Federal Building represent the three branches of government — administrative, legislative and executive. The towers are illuminated at night.

–The more familiar description of the the branches of government are judicial, legislative and executive. The building was designed by the Bennet, Burnham and Holabird firm.

This postcard was used and is dated 25 September, 1933. Other postcards of this event are here.