This image shows a portion of the flower show dedicated to chrysanthemum flowers, also known as mums, which is held in early October. 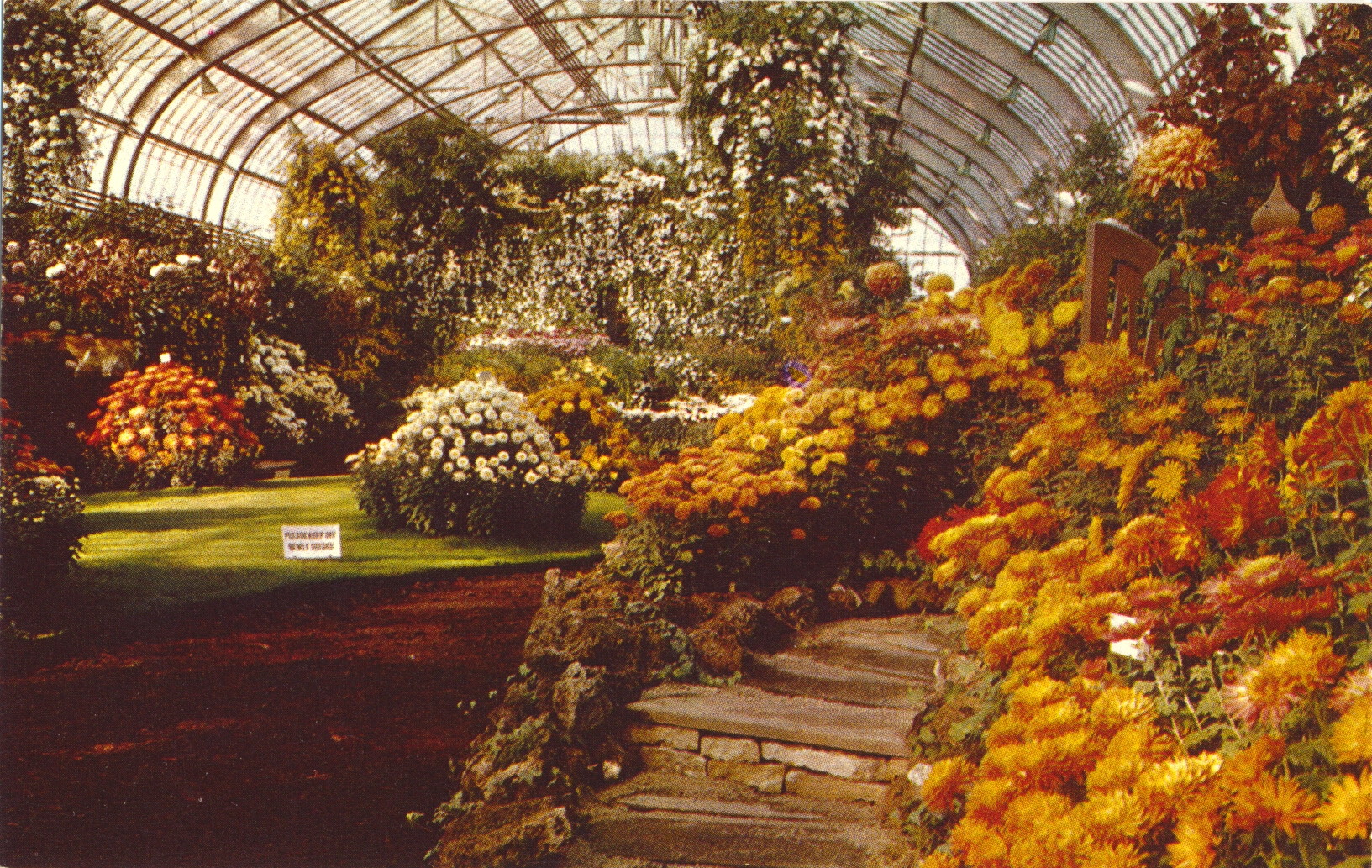 The Annual Chrysanthemum Show of the Chicago Park District in Garfield and Lincoln Park Conservatories is one of the largest and most beautiful in this country. This photograph was taken at Garfield Park, where the world’s largest conservatory under one roof is located.

–The event appears to have diminished in size over the years, and is now announced to be held only at the Lincoln Park Conservatory. This image likely dates from the 1950s.