This image shows the large glass enclosed building called the Chicago Park District Conservatory. It’s function is to provide an enclosed space for plants that allows as much natural light in as possible. 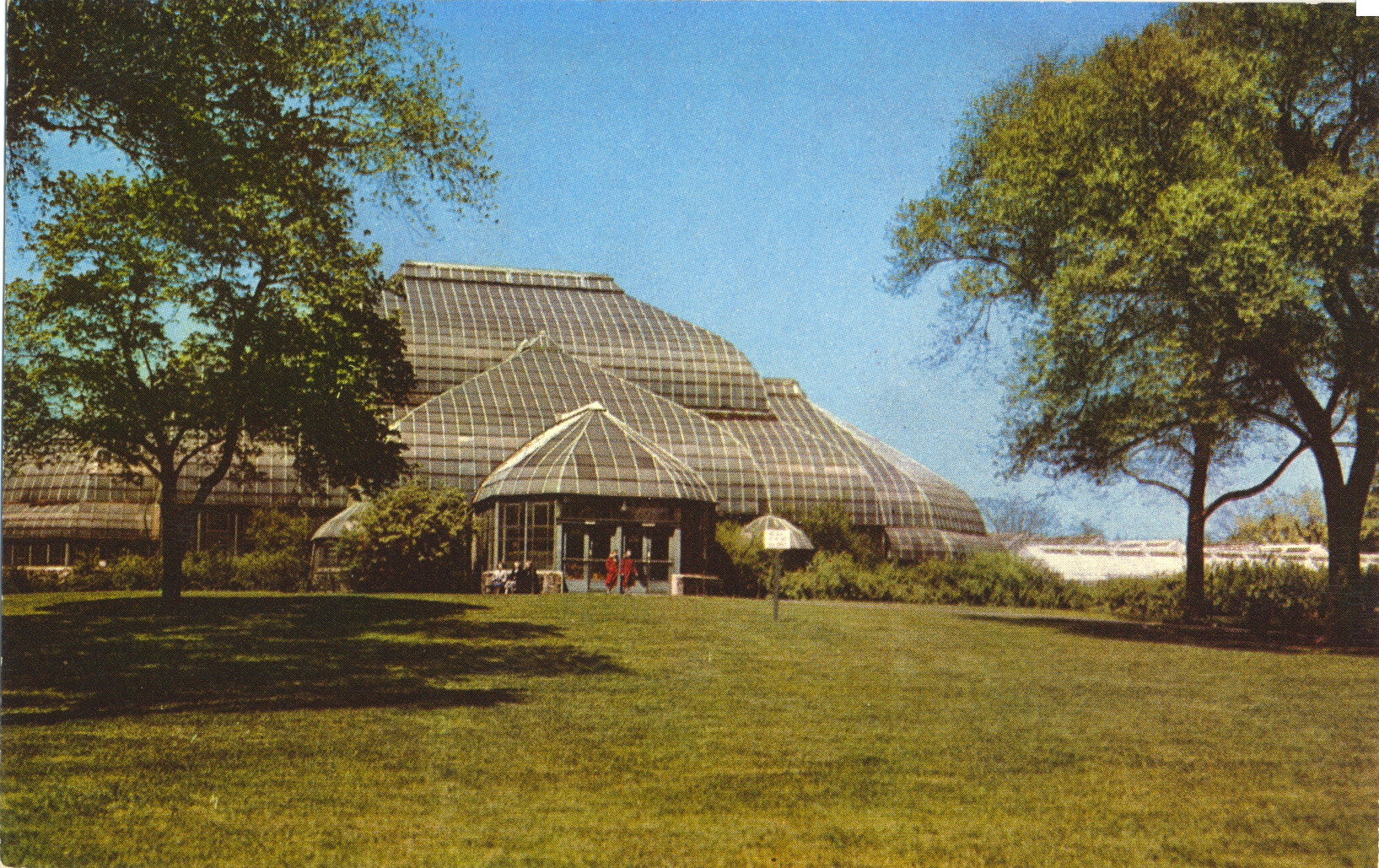 The Chicago Park District Conservatory in Lincoln Park houses a permanent collection of tropical and sub-tropical plants which rank high in the horticultural world. The original structure was erected in 1891. Four major flower shows are held there annually.

–The original greenhouse was built in the 1870s and its collections were moved here when this building was constructed in 1891. By the 1890’s Chicago had five such conservatories.