This image shows the open air street market that occupies Olvera Street in the city of Los Angeles, California. This street is part of the oldest section of Los Angeles, and serves as a historical district today. 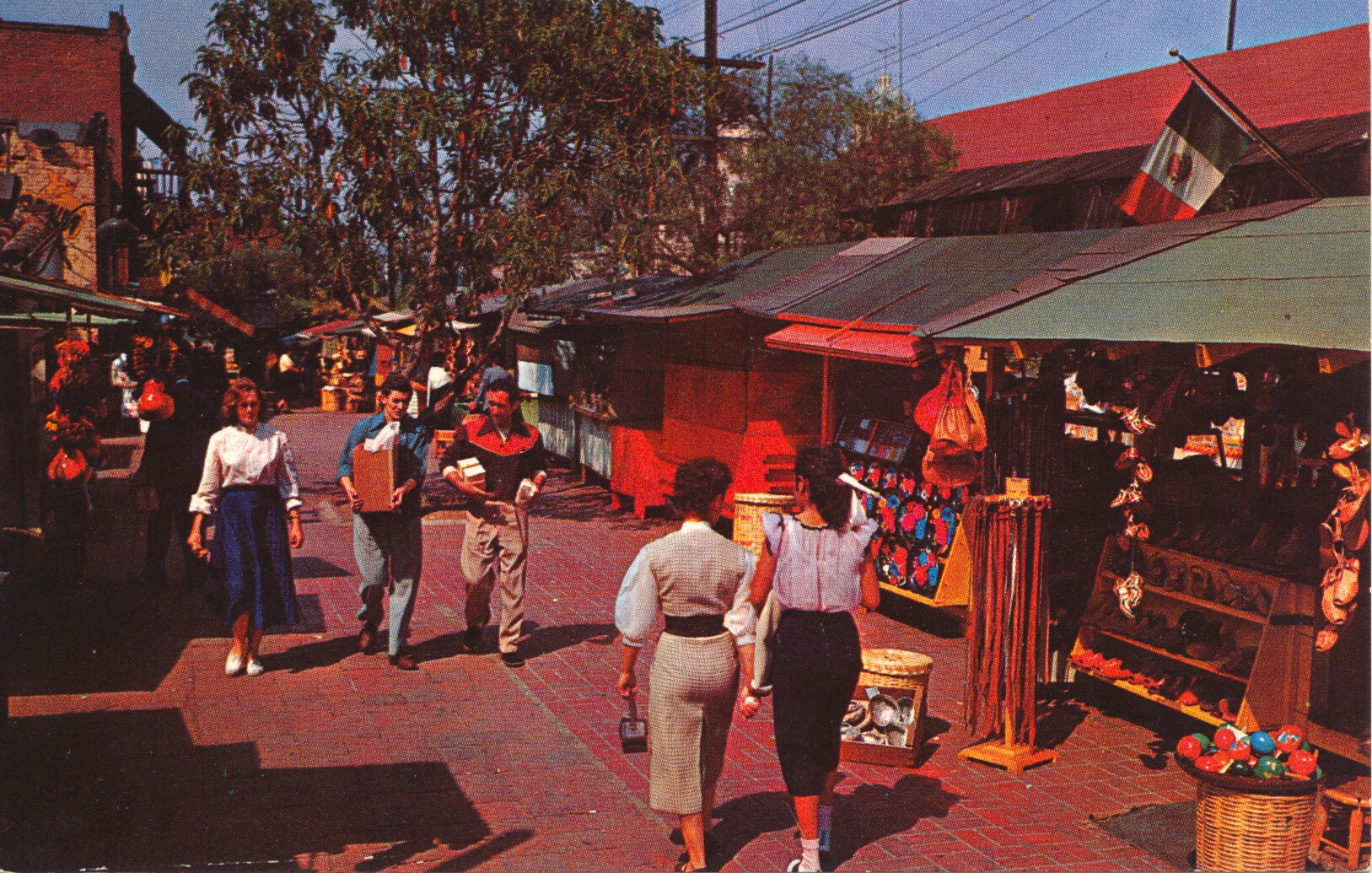 Taco stands, Night Clubs, and Gift Shops all operated by Mexicans in their colorful native cosutmes.

–The street originally connected to the city Plaza that formed the center of Los Angeles civic activity in the mid-1900s. It was renamed in 1877 to honor  Augustín Olvera, the first Superior Court Judge of Los Angeles County.

Judging by the clothing styles in this image, this card likely dates from the 1950s.