This image is a modern illustration of the building occupied by Monsanto Corporation on the grounds of Disneyland in the Tomorrowland section. It was best known as the Hall of Chemistry, which served to feature new discoveries and developments in chemistry and plastics by the company. 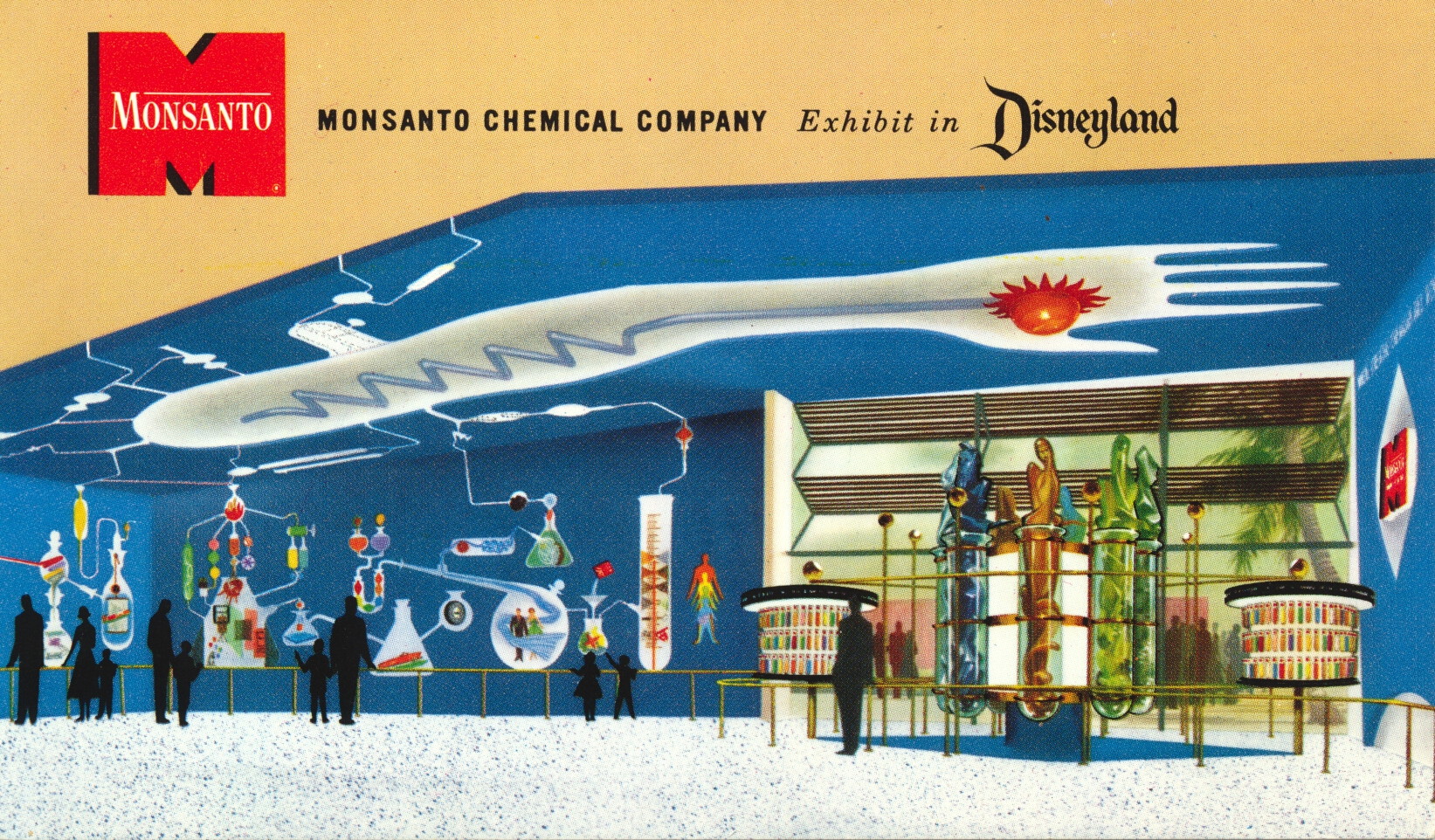 “The CHEMITRON…in Monsanto Chemical Company’s Hall of Chemistry…symbolizing for visitors the amazing processes of chemistry:that transforms eight basic materials found in nature into thousands of chemicals and plastics.

–This building was the first of four attractions sponsored by Monsanto over the years. The last one, Adventure Thru Inner Space, closed in 1986 to be replaced by Star Tours. This image dates from the 1950s.