This image shows young drivers making their way around the driver’s course for the Autopia in Disneyland’s Autopia. This was a celebration of the near future idyll of high speed safe transportation on the yet to be built Interstate Highway system. 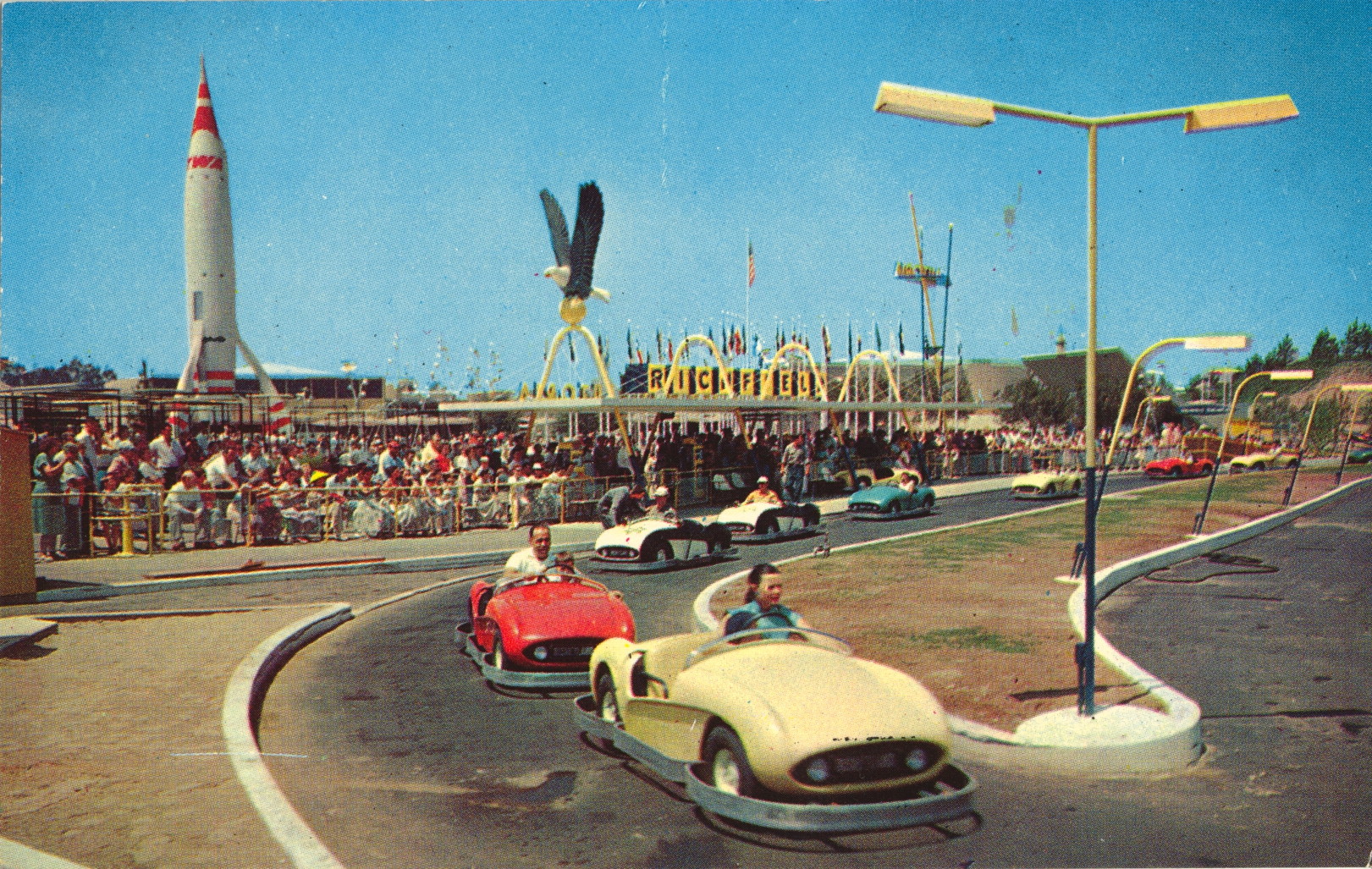 America’s future drivers on the Freeway of the Future in Tomorrowland at Walt Disney’s magic kingdom, DISNEYLAND.

— Initially the cars proved to be too fragile for child use, and were redesigned with the extensive bumper modification shown in this picture. Later, a guide rail was introduced to restrict the movement of the cars to a forward direction and to prevent blockages and collisions.

It was one of the original attractions when Disneyland opened in 1955. This image dates from shortly after the opening, sometime in the late 1950s.