This image shows the pirate ship, once located in Fantasyland, that served as a restaurant in the early years of the park. It was called the Chicken of the Sea Pirate Ship and Restaurant, after the corporate sponsor. 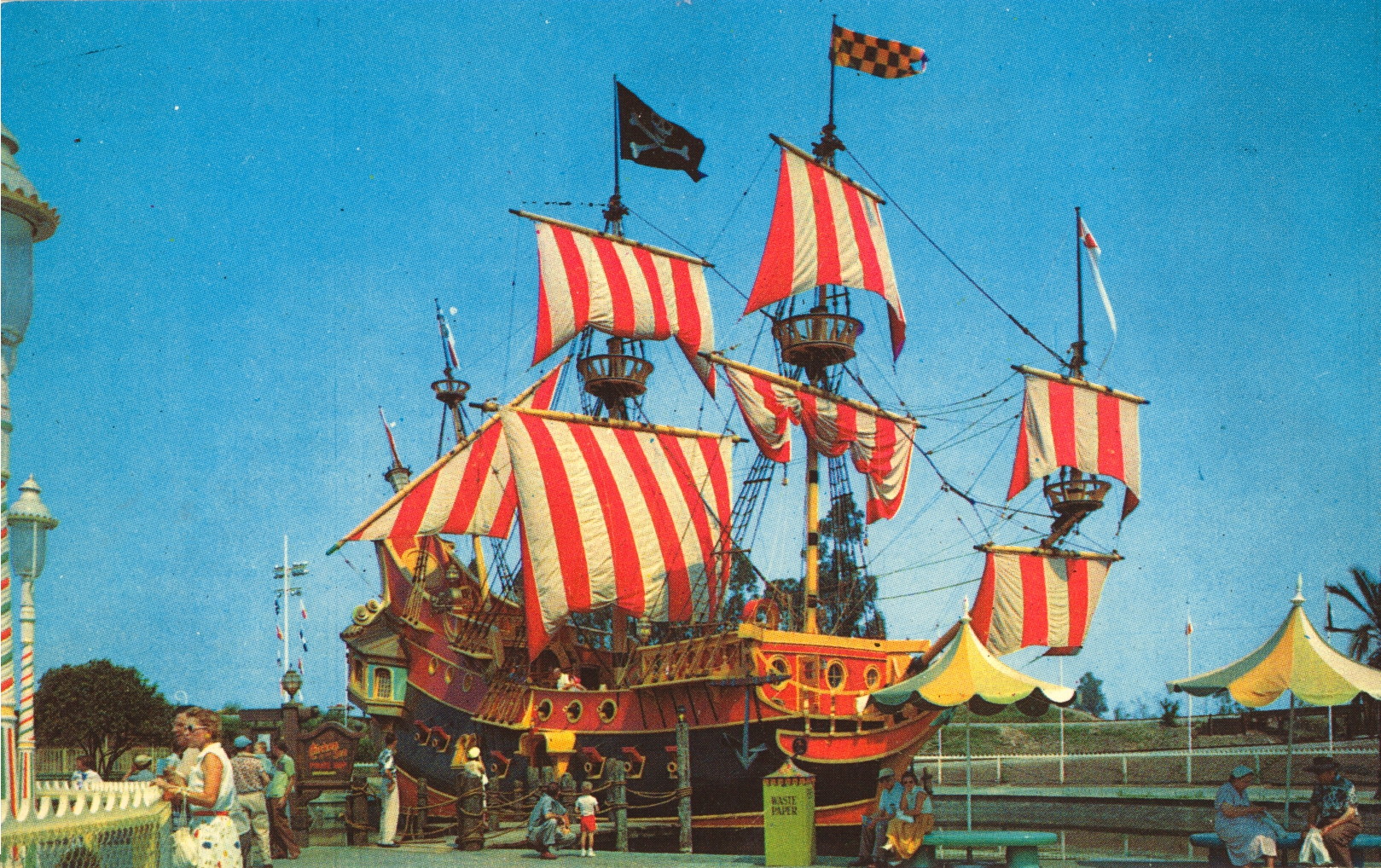 Aboard the pirate ship in  Fantasyland, guests enjoy the dinner of their choice, Tuna at the Chicken of the Sea Restaurant, and glimpse the wonder of this realm in Walt Disney’s Magic Kingdom.

–The restaurant was closed and the ship removed in 1982. This image is from the first years of the park in the 1950s.