This image shows the iconic Sleeping Beauty’s Castle built in the center of the park at the top of the main Plaza. It is the main entrance and partial boundary to Fantasyland. 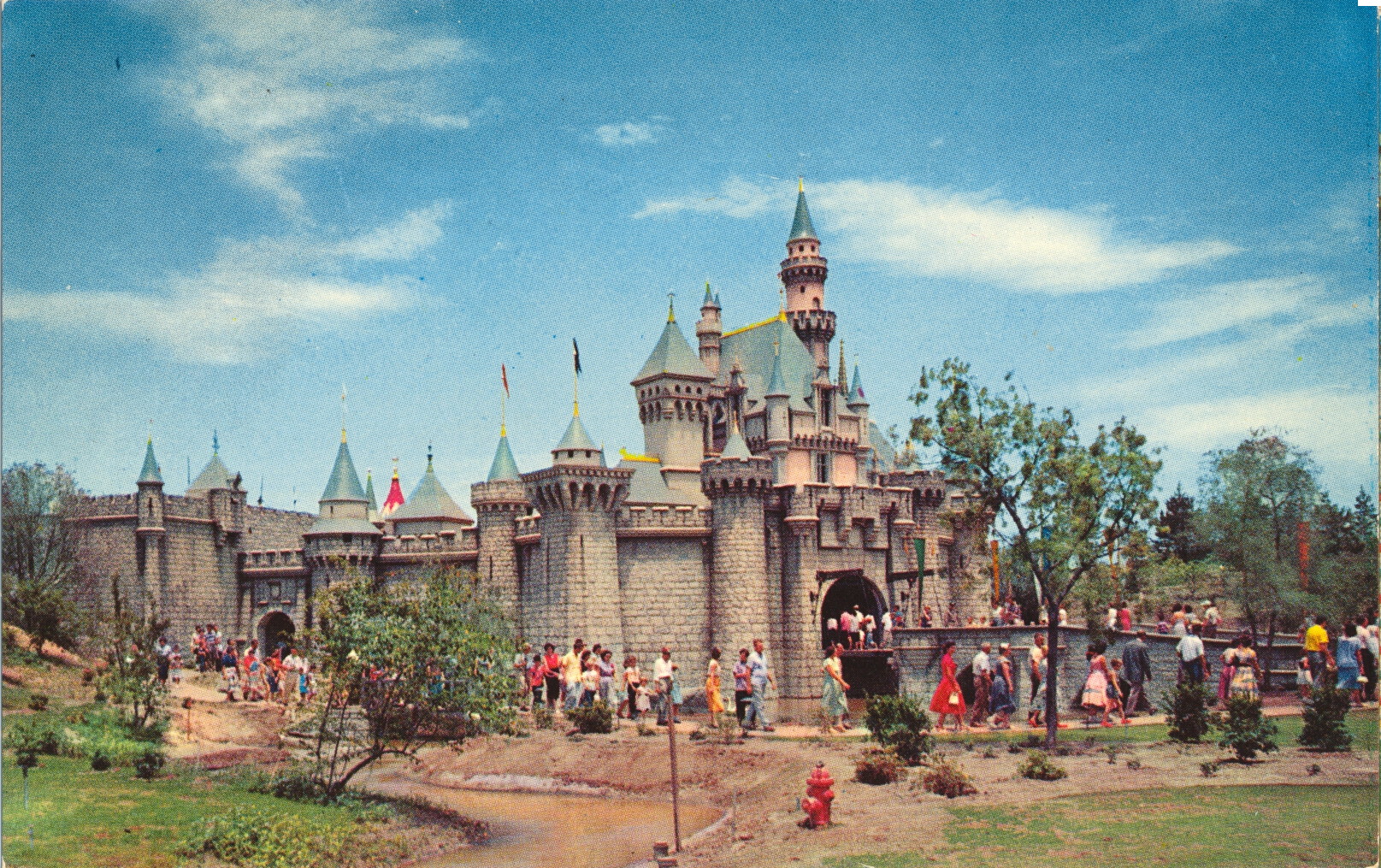 The land of enchantment lies beyond the drawbridge guarding the entrance to Sleeping Beauty’s castle at DISNEYLAND. Beyond the Castle, Fantasyland combed to life with gay rides in the Disney fashion.

–The inspiration for the castle was the real structure known as the Neuschwanstein Castle in Bavaria, built overlooking the town of Hohenschwangau. It has been redecorated and has a walkthrough that allows viewers to see the castle as it was designed for the original Disney film.

The name of the structure has been shortened to Sleeping Beauty Castle. It is often called Cinderella’s Castle in error.

This picture was taken shortly after the park opened in 1955.